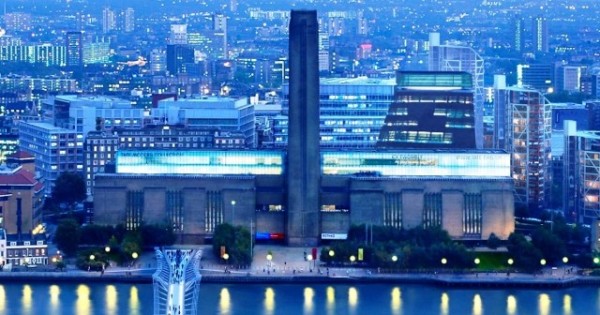 View from St Paul’s Cathedral at dusk with the new building rising to the right. Photograph © Hayest Davidson and Herzog & de Meuron.

2016 will bring many exciting museum projects to fruition in the UK, from multi-million pound new builds, to restoration and conservation projects as well as technological innovations and transformations of existing buildings. Here’s M+H Advisor’s top 10 projects to look out for

The record-breaking locomotive has been painstakingly restored over the past decade and the result is set to be unveiled later this month. Following this the steam engine will be the focus of a series of exhibitions at the National Railway Museum, York and visible in action along various stretches of railway across the country.

Found to be the most popular train in the world in an international YouGov survey commissioned by the National Railway Museum in November, the Steam Engine is an important section of British and world railway history and heritage.

The new £260m Tate Modern will open to the public on Friday 17 June 2016. Created by world-leading architects Herzog & de Meuron, it will be an important new cultural building for the UK.

With 60 per cent more display space, the world’s most popular gallery of modern art will now feature more than 250 artists from around 50 countries. It will reveal how art has evolved from the studios and salons where modernism was born to the live, interactive and socially-engaged projects happening around the world today.