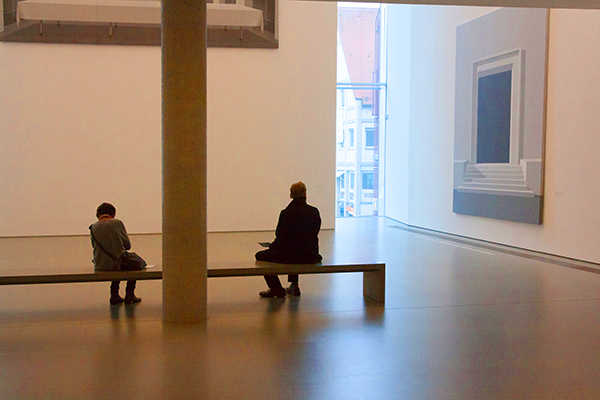 The economic contribution of museums, galleries, and libraries is 26% lower than it would have been without the pandemic.

Museums, galleries, and libraries have proportionally been the worst hit part of the cultural sector during the Covid-19 pandemic, according to new research for Arts Council England (ACE).

A report by the Centre for Economics and Business Research (CEBR) says that gross value added (GVA) of these sectors this year is 26.3% or £387m lower than it would have been without the pandemic.

In comparison, GVA across the whole arts and cultural sector is 23.1% lower.

Music, performing and visual arts have also suffered badly, with GVA 25.8% or £2,280m lower than it would otherwise have been.

The report found “overwhelming evidence” that arts, entertainment and recreation have been among the sectors most severely affected by the coronavirus lockdown.

It says this part of the economy is “more susceptible to lockdown than others partly due to a lack of ability to transform physical spaces, landmarks, and attractions into commodities that can enter the online marketplace”.

Turnovers have fallen more than the average across the UK economy, and a larger proportion of staff have been put on furlough.

The report also argues that the UK Government’s Culture Recovery Fund will speed up the sector’s recovery by a year. It projects that the arts and cultural sector’s GVA will return to its pre-pandemic levels by 2022, compared to 2023 without the emergency support.

The calculations are based on the assumption that the recovery fund will save 30% of cultural organisations that would otherwise have gone out of business.

The research assumes that the restrictions announced by the UK government on 22 September will continue for six months. However, additional restrictions are already in place in some parts of the UK, and expected soon in others. The report says in the event of further restrictions on the economy, the recovery would be delayed.

A separate arts council report by the CEBR from May says that the arts and culture sector directly contributed £13.5bn to the UK economy in 2018, and employed people in 187,000 full time equivalent jobs.

And a further report for the funder from Metro Dynamics says that the cultural sector has an impact on the wider economy in other ways such as acting as “an R&D lab for the creative industries” and enabling access to a “rich and diverse education”.

ACE chief executive Darren Henley said: “Thanks to the government’s Culture Recovery Fund, we’re helping cultural organisations to continue to be the beating hearts of their communities.

“We know that creative professionals and creative organisations enrich lives in villages, towns and cities across the country. Through this fund we’re determined to continue to deliver on the government’s plans for levelling up opportunities for people across the country”.