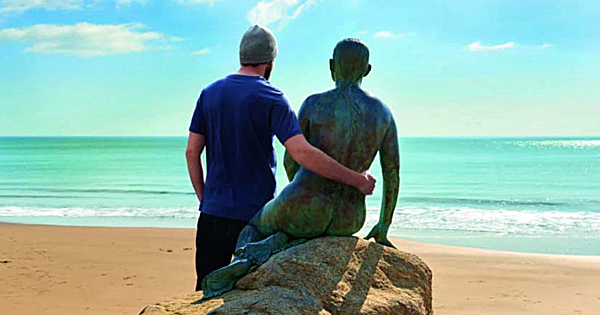 Report highlights a “shocking” state of affairs as nation spends less on the arts than France—or Latvia.

UK museums face a “shocking” state of affairs, the Princeton-based, British historian David Cannadine writes in his report “Why Collect?,” which was published on Thursday. The British state now spends less on culture than France, Denmark, Hungary or Latvia, he points out.

Cannadine’s downbeat report on museum collecting concludes that there are “no substitutes for the increased government support for our museums and galleries,” stressing that it is “urgently needed.” The implications for collecting are stark. Only half of the UK’s museums and galleries have money to make acquisitions, and “they often failed to obtain the art or the objects they sought, either because they lacked sufficient funds, or because the prices were too high.”

Success stories during the hard times museums face in an era of central and local government cuts are highlighted—along with a “cautionary tale” of local politicians deaccessioning a museum’s star antiquity to raise money.

Like the planned sale of paintings from the Berkshire Museum, the controversial sale in 2014 of an ancient Egyptian sculpture from a local museum in the English Midlands was condemned by professional museum bodies. But unlike in the US where the board was behind the decision, in the UK local politicians and an aristocrat decided to sell the statue of Sekhemka at Christie’s in London. It went for more than £15 million (then around $24 million) to an unknown buyer, possibly from the US. The sale raised around £8 million ($11 million) for the local authority in Northampton, while around  £6 million ($8.4 million) went to Lord Northampton, the descendant of its aristocratic donor in the late 19th century.

The shadow of further sales hangs over UK museums. “Some museums and galleries that are under local authority control have been pressured into selling works from their collections, with the aim of using the proceeds to alleviate the strain on municipal finances, or for other municipal projects, as at Bury, Buxton and Croydon,” the report notes.

Among the success stories cited is the Folkestone Triennial on the south coast of England. Launched in 2008, the port in Kent now has 27 works of contemporary public art acquired from or lent by leading international artists, including Christian Boltanski, Spencer Finch, Cornelia Parker, Richard Wilson and Yoko Ono. The project is funded by a charitable trust set up by Kent-based philanthropist and property developer Roger De Haan. Planned acquisitions from the third edition of the triennial last fall, which included work by Antony Gormley, could drive that number up to 40 works dotted around the town.

But in nearby Eastbourne, also on the south coast of England, the Towner Art Gallery exemplifies the feast and famine of funding in the UK. In 2009, it moved to an £8.5 million ($12 million) new home designed by the late architect Rick Mather, adding works by Tacita Dean, Olafur Eliasson, Anya Gallaccio, and Wolfgang Tillmans, among others, to its collection.

The Towner is now a partner of the Tate. Recent purchases include films and videos by Isaac Julien and Omer Fast with the help of the Art Fund and Thomas Dane Gallery. Arts Council England provided £450,000 for an auditorium ($635,0000) to show new media works in addition to its annual grant towards operating expenses. But last year, Eastbourne Borough Council announced that it planned to halve its annual grant to the gallery of £600,000 ($845,000).

The prospect of such a drop in funding led to the sudden departure of its director. Last December, the Towner’s chair of trustees, the broadcaster David Dimbleby, said that if it was carried out, the cut would “[put] at risk everything that Towner stands for,” adding that the gallery might have to cut “six out of ten exhibitions a year, as well as our award-winning learning program.”

Cannadine’s report is funded by two UK charities, the Art Fund, which in 2017 provided £7 million ($10 million) towards supporting museum acquisitions, and its longstanding partner, the Wolfson Foundation. A former chair of the National Portrait Gallery and deputy chair of Historic Royal Palaces, Cannadine brings wide-ranging knowledge of UK museums and heritage to the report. He has also experienced what can go wrong as a trustee, having served on the board of the now-closed British Empire and Commonwealth Museum in Bristol, which in 2012 was revealed to have sold works from the collection without due diligence, and some without the lenders’ permission.