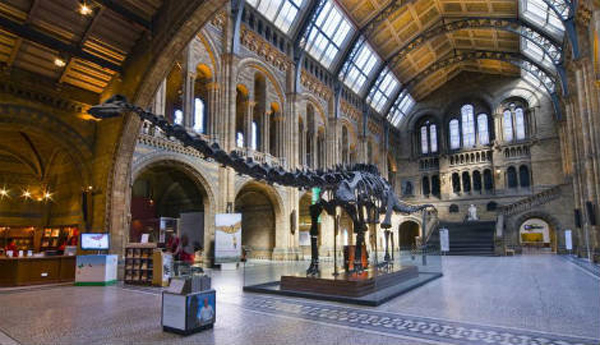 Terrorism fears explain the latest visitor figures from the Department for Culture, Media and Sport (DCMS) showing that visits to English national museums and galleries have fallen by more than one million since April, according to the Association of Leading Visitor Attractions (Alva).

Nearly every national museum and gallery has been affected, with only seven out of 36 venues posting an increase. In London, the Geffrye Museum, the National Gallery, and Tate Modern showed an increase in visitor numbers.

The Natural History Museum (NHM) has lost nearly half a million visitors, dropping from 2.54 million to 2.06 million, the V&A lost over 350,000 visitors, and Tate Britain dropped more than 100,000 visitors.

“We see it as a central London phenomenon,” said Bernard Donoghue, Alva’s director. “We have seen record inbound visitors from overseas and an increase in staycations, but there is a perception that central London is not as secure as it used to be because of terrorism across Europe.”

Anecdotal evidence from Alva members, the European Tourism Association, and VisitBritain points to perceptions of security being the biggest factor, he said.

Museum professionals contacted by Museums Journal were more cautious about the causes of the fall in numbers, citing a lack of concrete evidence and pointing to hot weather and programming changes as other possible factors.

A British Museum spokeswoman said: “We have seen a reduction in visitor numbers since April compared to the previous year, which was our most successful ever. It is too early to say with any certainty what the cause might be, but we will continue to monitor the situation.”

A spokesman from the NHM said: “Our visitor numbers mirror a wider trend in central London attractions and particularly reflects our lighter 2016 public programme as we prepare for the dramatic rehang of our iconic Hintze Hall next summer, when the Blue Whale takes centre stage.”

The closure of Tate St Ives in October 2015 for refurbishment has also had a small negative impact on the overall figures.

Of museums that posted increases, National Museums Liverpool received a boost from the Liverpool Biennial 2016 and the opening of The Oratory in July, while Tate Modern’s Switch House extension, which opened in June, attracted record visitor numbers.

The survey also found that satisfaction with local authority museums and galleries remained at 46%, the same level as 2014 and up from 42% in 2012.

The level of cultural engagement in Scotland has increased by around 5 percentage points since it was first recorded in 2007, while those with degrees or professional qualifications, and those from the least deprived areas of Scotland, were more likely to attend cultural events or places.