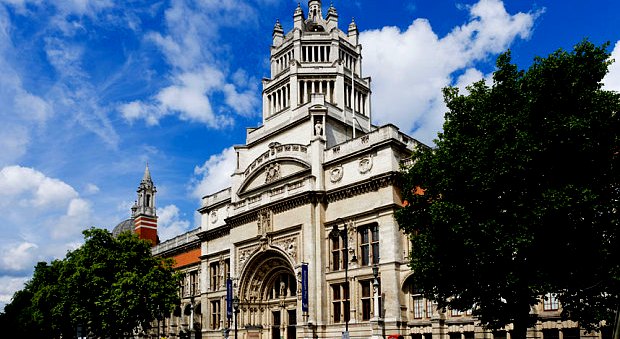 The Victoria and Albert Museum. Source: The Telegraph. Photo: Alamy.

Martin Evans, Museums on high alert following ‘severe and imminent threat from thieves who may be targeting famous works, The Telegraph, 23 October 2015

The Arts Council warns museums about a “severe and imminent threat” from thieves who may be targeting famous works.

Britain’s art galleries and museums have been thrown into panic after being warned of a “severe and imminent threat” from thieves targeting priceless artefacts.

Some of the country’s most famous institutions, including the National Portrait Gallery, the V&A and the Tate, have been placed on high alert after the Arts Council warned it had received intelligence from a “credible source” that an attack was in the pipeline.

But despite the dramatic tone of the warning, National Crime Agency (NCA), Britain’s equivalent of the FBI, said it was unaware of any new or specific threat.

Many galleries and museums ordered urgent reviews of their security following receipt of the Arts Council letter which stated that an attack was “imminent”.

It is thought security chiefs decided to act after receiving a tip that organised gangs of art thieves were scoping out potential targets and making a wish list of items and artefacts to steal.

Museums and galleries were warned to check that their alarm systems and CCTV were working properly, and staff were also told to keep an eye out for “visitors paying undue attention to collections”.

In a letter sent to many of the leading art institutions, in the UK, William Brown, the national security adviser to Arts Council England, wrote: “All venues are asked to ensure that collections are held in facilities offering the best available defence against any attack.

“Intruder and case alarms should be used correctly and any alarm trigger to be treated with professionalism and suspicion, ensuring all causes are identified.”

In a hint that he feared a successful raid was inevitable, Mr Brown also advised museums to clean display cabinets frequently “to ensure forensic evidence is possible.