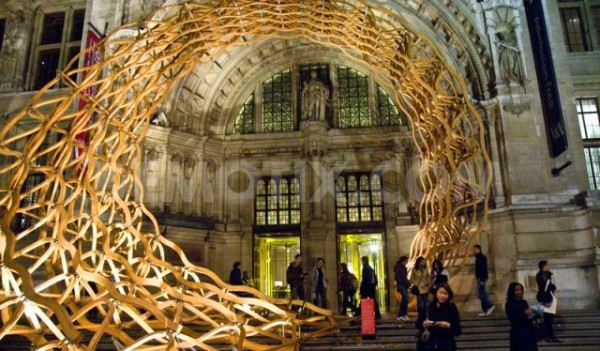 Entrance to the Victoria and Albert Museum, Source: V&A.

Museum directors and trustees of the UK’s national museums who were bracing themselves to hear of big cuts in grant-in-aid were relieved to hear the chancellor of the exchequer, George Osborne, had spared their institutions and the Arts Council. Osborne announced today (25 November) that the Spending Review, which sets out government spending fr om 2016-17 to 2019-20, included extra money. He said that in London the government “will help the British Museum, the Science Museum and V&A [Victoria & Albert Museum] move their collections out of storage and on display”, to the tune of £150m. The Chancellor, therefore, confirmed the long-discussed sale of Blythe House—a joint store in west London wh ere the three museums store around 2 million objects—will go ahead.

Manchester and Glasgow received good news too. Osborne said that the government will find £78m to fund the Factory Manchester, a Rem Koolhaas-designed arts centre. Glasgow will also be relieved to learn that the chancellor has agreed to £5m to help refurbish the Burrell Collection, although the council is responsible for its revenue funding.

Stephen Deuchar, the director of the Art Fund, said in a statement that the funding for capital projects and for the Arts Council, including increased access to collections currently in storage, was positive news.

Ahead of the spending review, national museums were asked by the Department for Culture, Media and Sport to model cuts of 25% to 40%. Today’s announcement represents a cut of only 5% to 7% in real terms (allowing for inflation), Deuchar said. While this is welcome, he warned that the forthcoming local authority settlements “will determine the fate of the majority of the UK’s museums and galleries”.