You are here: Home » Articles filed under: 'News' » Article: 'UK Sec of State seeks veto for heritage vs'

UK Sec of State seeks veto for heritage vs 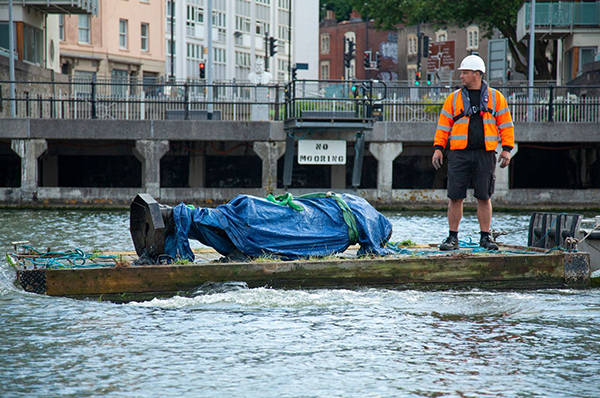 Concern over legislation as the government is criticised for stoking culture war.

The UK government has outlined plans to bring in tougher rules to protect heritage assets in England and Wales following the toppling of the statue of slave trader Edward Colston in Bristol last year.

The changes were announced this week by communities secretary Robert Jenrick, who wrote in a Sunday Telegraph article that tighter planning laws were needed to prevent statues and monuments from being “removed on a whim at the behest of a baying mob”.

Jenrick wrote: “Latterly, there has been an attempt to impose a single, often negative narrative which, not so much recalls our national story, but seeks to erase part of it. This has been done at the hands of a flash mob or by the decree of a ‘cultural committee’ of town hall militants and woke worthies.”

In a subsequent statement to parliament, Jenrick outlined plans to oblige local authorities to seek planning permission to alter or remove heritage assets, even if just for a temporary period. The legislation will give the secretary of state a veto over any planned alterations.

Jenrick said local planning authorities would be obliged to follow the government’s “retain and explain” policy on heritage, which he said, “now forms part of national planning policy and should be applied accordingly”.

He warned that, as secretary of state, he would “not hesitate to use those powers” to call in planning decisions for his own determination “where I consider such action is necessary to reflect the government’s planning policies”.

Unlisted heritage assets – including items like plaques and statues that do not currently meet the size threshold to be classed as developments for planning purposes – will also be brought under planning control, with an “explicit requirement to obtain planning permission” for their removal.

The plans have been met with concern and criticism by heritage professionals, who have described the legislation as unnecessary and unworkable, and accused the government using the issue of contested heritage to stoke a culture war.

Historian David Olusoga tweeted: “It’s almost as if they want to distract people from their lethally failed response to the pandemic and the consequences of a disastrous Brexit?”

Pitt Rivers curator Dan Hicks asked: “Will planning permission be required to move any park bench with a plaque? And what about garden gnomes?”

Archaeologist Sarah May said the legislation would confer more protection on the assets in question than any other form of heritage. She tweeted: “Imagine having a fully functioning heritage designation system, with hundreds of professionals, researching, assessing value, debating the issues, then chucking it all out the window to say that all statues and plaques matter more than anything else.”

She added: “Because the past is powerful and pervasive, these ‘protections’ can’t stop engagement, they just slow it down. And when the process is slower than the political mood, it breaks. This is what happened this summer. Pouring cement in a fault line won’t stop an earthquake.”

Museums Association director Sharon Heal said decisions on heritage assets should be made in consultation with communities. She said: “The Museums Association supports measures to help everyone understand the impact and legacy of empire and slavery. Many museums are looking at their collections and buildings in consultation with their local communities to uncover hidden histories and we think that is ethically the right thing to do.

“Decolonisation is not about rewriting history but about exploring and uncovering untold stories. Our museums and galleries are ideal places to provide the context to understand the complexity of the past and what that means today.

“We will continue to work with our Decolonisation Guidance Working Group to provide support and resources for museums to take a thoughtful and creative approach to finding new meaning, and a critical part of this will be listening to the voices and views of our communities.”

The new rules will come into effect in spring this year.

Four people have been charged with criminal damage over the toppling of the Colston statue. They will appear before Bristol magistrates’ court on 25 January for the first hearing.