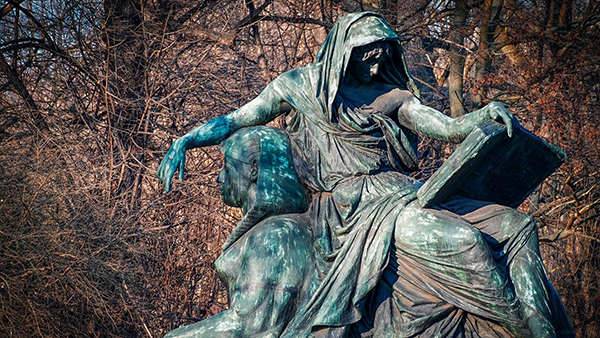 The MA says there is already an extensive system in place for the protection and preservation of heritage assets Pixabay.

There are “serious concerns” about the UK government’s proposed changes to planning rules for historic statues, plaques and memorials, the Museums Association (MA) has said.

Communities secretary Robert Jenrick is consulting on tighter regulations that will oblige planning authorities to follow the government’s “retain and explain” policy, and bring unlisted heritage assets under planning control. The rules, which will apply in England, give central government a veto over any planned alterations.

In a response to the consultation, the MA urged the government to reconsider the proposals, which it said were “part of wider government intrusion into decision-making on heritage and cultural issues which risks undermining the independence of our cultural and heritage processes in England and the arm’s-length principle”.

The association said there was already an extensive system in place for the protection and preservation of heritage assets, and the new rules were impractical and likely to “cause significant confusion, bureaucracy and unintended consequences”. It said the guidance risked enabling challenges by “bad-faith actors” and “could be interpreted as giving protection to garden gnomes, ad-hoc memorials to dead pets, or memorials to reviled public figures”.

“There is no clarity on how a museum (or other body) could reasonably challenge a planning decision based on this guidance,” it said.

The MA said there were also ethical concerns about the proposed regulations. Its response said: “Some of the statues, plaques and monuments that occupy prominent positions in the public realm today – including those in museums – no longer reflect the values and ideologies that are pre-eminent in society. Most notably, the promotion of slavery and racist ideology is unacceptable to modern British society – and monuments to those who promoted them are increasingly contested.

“Decision-making on the future of historic statues, plaques and memorials should be more sophisticated than a simple focus on retention. This is not to say that there are not cases where ‘retain and explain’ may be an appropriate course of action, but it is not the only course of action.”

The association said having a blanket “retain and explain” approach was a “blunt instrument which is insufficiently concerned with democratic process”. The policy “in particular disregards local community consent for the continued display of a statue, plaque or memorial”, it said.

The MA added that it was “deeply concerned” about the independence of decision-making in the heritage sector, saying: “We believe that the ‘retain and explain’ approach – whether applied to museums’ built heritage or to their collections – constitutes undue government interference in the curatorial judgement of museums. In such matters, museums operate independently from government in accordance with the arm’s-length principle. It should not be the role of government to dictate how museums should go about their work – and the planning process should not be used to this end.”

The MA’s policy manager, Alistair Brown, said: “Many museums in England are in buildings that will be affected by the government’s new planning proposals. If you have a statue, plaque or memorial on your site, the government is effectively requiring you to retain it in perpetuity – regardless of what it represents.

“We are arguing against these proposals on the grounds that they are both impractical and unethical. We already have a system in place to protect listed buildings and monuments – we don’t need new policies which will create confusion, bureaucracy and opportunities for misuse.

“Even more importantly, we believe that the focus on retaining statues and memorials at all costs is a blunt instrument which disregards local decision-making processes and the principle of community consent for the types of statues and monuments that form part of our built environment.”

The government’s proposals were developed following the toppling of the statue of slave trader Edward Colston by protestors in Bristol last year. Four people have been charged with criminal damage in relation to the incident and will face trial in December. They deny the charges.Edited 15.03.2021: A previous version of the article said these changes apply in Wales. While some planning law does cover both England and Wales, the planning framework applies only in England.