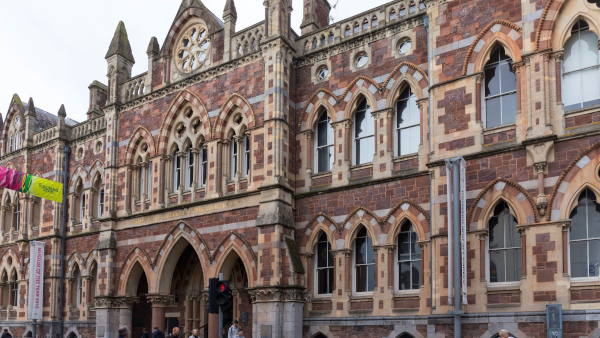 The Royal Albert Memorial Museum was at the centre of a landmark business rates ruling in 2019 CC BY-SA 4.0 / Pymouss.

Stakeholders say Exeter judgement is not being upheld fairly or consistently.

Museum stakeholders are calling on the Valuation Office Agency (VOA) to uphold a landmark judgement on how the rateable value of museums is assessed.

Exeter City Council won a high profile case against the government agency in 2019 in which the Upper Tribunal ruled that the rateable value of the Royal Albert Memorial Museum should be calculated on whether the property makes a net surplus (the receipts and expenditure method) rather than the cost of rebuilding (the contractor’s method). It followed a similar case won in 2017 by York Museums Trust.

The ruling was expected to set a precedent for the sector and bring significant savings for museums in England and Wales, reducing the rateable value of loss-making museums to just £1.

The outcome was supported by sector bodies including the Museums Association (MA), National Museum Directors’ Council and Association of Independent Museums, which have worked together on efforts to change how business rates for museums are calculated.

However, in spite of the ruling, the VOA has continued to appeal to the Upper Tribunal on similar cases, forcing the museums and local authorities involved to spend substantial sums of money on litigation. The MA this week called on the government to ensure the VOA “fully and fairly implement the Exeter business rates decision across the sector”.

A recent briefing from Colin Hunter, business rates director at Lambeth Smith Hampton, who acted as an expert witness at the Exeter hearing, accused the agency of “introducing new arguments contrary to the court’s decision”.

The briefing continued: “The VOA has not accepted that loss-making museums should have a nominal or £1 Rateable Value. Instead it is now arguing that as a minimum the property should either be valued on the basis of the rent that would need to be paid for storing the collection elsewhere, or at a low percentage of the gross income (including potential income from admissions, if admission is free).

“This approach appears to be the result of a unilateral decision by the Valuation Office without reference to the Upper Tribunal rulings, the recent HM Treasury Fundamental Review of Business Rates, or any consultation with the museum sector.”

The VOA is currently appealing the rateable value of six museum properties – four Tyne & Wear Archives & Museums (Twam) sites and two smaller museums – after the lower Valuation Tribunal found in their favour in a hearing in December 2020. The case will now go before the Upper Tribunal.

The briefing said: “The Valuation Office’s approach threatens the viability of museums, many of which are not able to operate on the basis of the Valuation Office valuations and do not have the financial capacity to contest appeals at the Upper Tribunal. Like the cases for York Museums Trust and Exeter City Council, contesting the Twam case will require a significant investment of public money by local authorities to defend themselves against another public body.”

Hunter told Museums Journal: “The situation since Exeter is more a case of the VOA aiming for damage limitation and trying to prevent rateable value £1 outcomes for any museums […] The real problem is that despite losing consistently they are still refusing to have constructive conversations, which could mean that we have a never-ending round of litigation – after all, we haven’t dealt with new museums and galleries yet.”

A VOA spokesman said: “We do not comment on individual cases.”