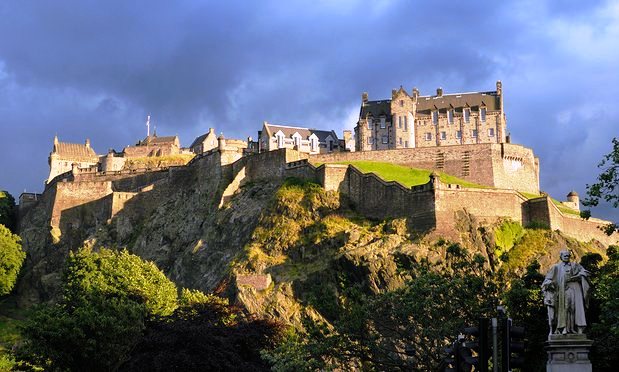 Edinburgh Castle was the most visited tourist attraction in Scotland during 2015. Photo: Alamy.

The Association of Leading Visitor Attractions (ALVA) announced its members’ visitor figures for 2015 today (Monday, March 7, 2016), which saw an average increase of 3.2% on 2014 visitor numbers. Scottish attractions had the greatest increase of 5.48%, while London had an increase of 1.61%. Overall 124.4 million visits were made to the top 230 ALVA sites.

A staggering 65,218,272 people visited attractions in London and therefore it is no surprise that the Top 10 most visited attractions were all London based. The British Museum continued to be the most popular visitor attraction overall for the 9th year running with 6,820,686 visitors and remaining in 2nd place was the National Gallery with 5,908,254 visitors. 3rd place was achieved by the Natural History Museum, which saw 5,284,023 visitors.

Temporary Exhibitions played a crucial part in this year’s figures throughout the UK. The largest increase in visitor numbers in the top 10 attractions was Somerset House, which saw an increase of 31% (3,235,104 & 8th place) – mainly as a result of their temporary exhibitions and public programmes. In addition the National Maritime Museum saw a 10.6% increase following the opening of the new AHOY! Children’s Gallery and their family-focused exhibitions such as Against Captain’s Orders last summer and the Royal Academy credited their 33% increase to Ai Weiwei plus the hugely popular Summer exhibition. Alexander McQueen: Savage Beauty, which closed in August was the V&A’s most visited exhibition with 493,043 people seeing it in total during its 21-week run. For the final two weekends, the V&A opened the exhibition throughout the night for the first time in its history to accommodate unprecedented demand. Also hugely popular with the visitors and press was Audrey Hepburn: Portraits of an Icon at the National Portrait Gallery.