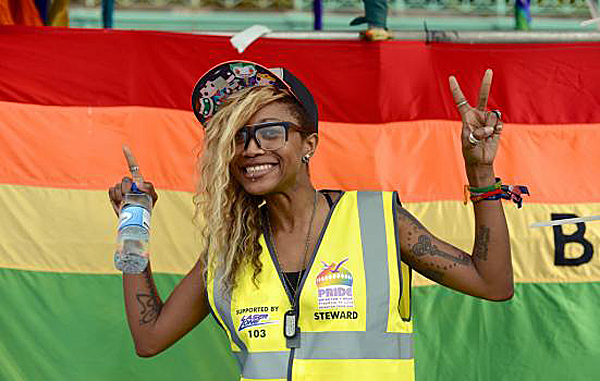 A steward at Brighton Pride festival. Photo: mac_ivan on VisualHunt / CC BY

The rate of volunteering at clubs and organisations has not recovered to the levels last seen in 2013/14, and the percentage of people giving to charity has also fallen over the same period.

The proportion of the population who volunteer at clubs and organisations across the UK is still lower than five years ago, according to Government research.

The findings come from the latest Community Life Survey, which the Department for Digital, Culture, Media and Sport (DCMS) runs every year to track trends relating to social cohesion and community engagement.

It found that the percentage of people who volunteered formally with a club or organisation at least once a month in 2017/18 was 22%, compared to 27% in 2013/14. This rate is unchanged since the previous year.

Significantly more people volunteer informally – defined as giving unpaid help as an individual to people who are not a relative. More than half (53%) said they had done so at least once a month in 2017/18.

Among those who had volunteered formally, the most common reason given for doing so was “I wanted to improve things/help people”, with almost half (46%) saying this had been a motivation.

DCMS asked people who said they had not volunteered formally at least once a month about barriers to volunteering.

Work commitments emerged as the most significant barrier, with 51% saying this had been a reason not to volunteer. 37% said that having other things to do with their spare time was a barrier, and 26% cited having to look after their children or home.

The proportion of people who said they had given money to charitable causes in the past four weeks was also lower than five years ago. Three-quarters of survey respondents (75%) said that they had done so in 2017/18, down from 82% in 2013/14.