You are here: Home » Articles filed under: 'News' » Article: 'UNESCO/ICOM -13% of museums worldwide' 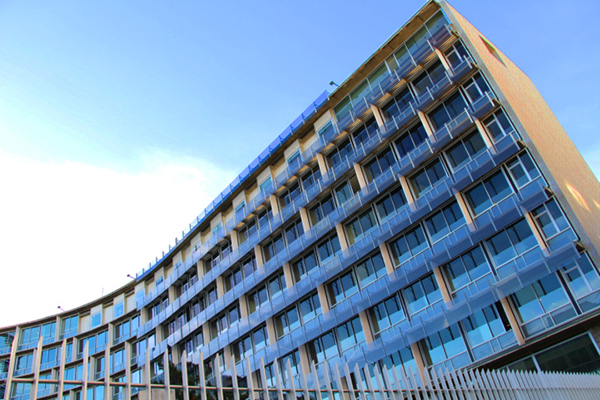 Hakim Bishara, 13% of Museums Worldwide May Close Permanently Due to COVID-19, Studies Say, Hyperallergic, 20 May 2020

Released jointly, two studies by UNESCO and the International Council of Museums (ICOM) also say that nearly 90% of the world’s 95,000 museums have temporarily closed during the pandemic.

Nearly 13% of museums worldwide may never reopen after the COVID-19 shutdown, according to new research by UNESCO and the International Council of Museums (ICOM). The two studies were released jointly on the occasion of the International Museum Day on Monday, May 18, which was celebrated online due to the pandemic.

The two studies examined the impact of COVID-19 on museums in UNESCO member states (193 members and 11 associate members) and the ways in which these institutions have adapted to the crisis. UNESCO and ICOM said that they will soon announce measures to support struggling museums, based on the information collected.

According to the studies, the pandemic forced nearly 90% of all museums worldwide, more than 85,000 in number, to close their doors for varying lengths of time since the outbreak of the pandemic.

The financial impact resulting from this mass shutdown is devastating. The American Alliance of Museums estimated that shuttered museums in the United States lose at least $33 million a day during the lockdown. According to a survey by Americans for the Arts, the US arts and culture sector has lost $5.5 billion to date.

“We are fully aware of and confident in the tenacity of museum professionals to meet the challenges posed by the COVID-19 pandemic,” said ICOM President Suay Aksoy. “However, the museum field cannot survive on its own without the support of the public and private sectors. It is imperative to raise emergency relief funds and to put in place policies to protect professionals and self-employed workers on precarious contracts.”

In addition, the studies found that in Africa and the Small Island Developing States (small countries in the Caribbean and Pacific regions, among others), only 5% of museums were able to offer online content to their constituents.

“Museums play a fundamental role in the resilience of societies,” said UNESCO Director-General Audrey Azoulay. “We must help them cope with this crisis and keep them in touch with their audiences. This pandemic also reminds us that half of humanity does not have access to digital technologies. We must work to promote access to culture for everyone, especially the most vulnerable and isolated.”

UNESCO recently launched a series of discussions among international professionals on how to address the problems facing museums as part of its ResiliArt movement, which was originally formed in April for the purpose of supporting artists affected by coronavirus crisis. The first three sessions will focus on the situation in the Ibero-American region and will discuss ways to support museums and their staff, UNESCO announced in a press release.

And finally, the UNESCO study shows the number of museums worldwide has increased by almost 60% since 2012 to about 95,000 institutions. However, only 1.5% of these museums are located in Africa and Small Island Developing States. The full results of the two studies, together with action plans to provide support to museums, will be published soon.