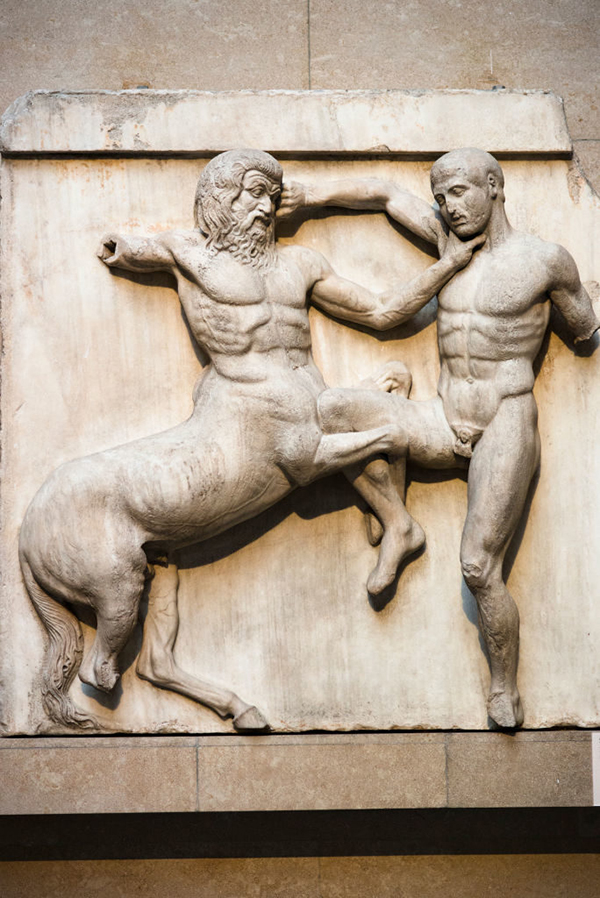 Vivienne Chow, The U.K. Has Rejected UNESCO’s Call on British Authorities to Reassess Their Position on the Contested Parthenon Marbles, 5 October 2021

The statement marks a major step forward in Greece’s claim to the 2500-year-old marbles.

The United Kingdom has rejected the call to reconsider its position on the Parthenon Sculptures and to negotiate with Greece on the return of the cultural treasures following a recent UNESCO meeting, saying the Elgin Marbles housed in the British Museum were legal.

The response came after The UNESCO intergovernmental commission for the return of cultural property to countries of origin voted unanimously for the first time at its 22nd session to include the return of the Parthenon Sculptures in its decision and recommendation documents, marking a major step forward since Greece first introduced the request to the meeting’s agenda in 1984. The meeting also concluded that the matter was “intergovernmental” rather than one that remained on an institutional level only.

“We disagree with the Committee’s decision adopted in the closing minutes of the session and are raising issues relating to fact and procedure with UNESCO,” a U.K. government spokesperson said in an email to Artnet News.

“Our position is clear—the Parthenon Sculptures were acquired legally in accordance with the law at the time. The British Museum operates independently of the government and free from political interference. All decisions relating to collections are taken by the Museum’s trustees.”

During the UNESCO meeting, the Greek delegation said that the British government has been rejecting an invitation to an open dialogue as the British side has been viewing the matter on an institutional level, and that the British Museum is a legal entity independent from the state.

“One should perhaps remind all concerned, that, as far as international law is concerned, the obligation to return state cultural artifacts lies squarely on the government and not on a museum,” the Greek delegation said.

The Greek delegation also argued that new historical data deriving from the Ottoman era showed that the sculptures were illegally acquired by Lord Elgin at the time, alleging that the British Museum’s possession of the Parthenon Sculptures was against the law.

The British side responded in the meeting that it acknowledged “Greece’s aspiration to reunify the sculptures at the Acropolis Museum” but maintained that the pieces were legally acquired at the time, and that the British Museum was the best place to present the treasures in a wider cultural context to a global audience.

The committee eventually adopted the decision to urge the British government to revisit its position on the historic sculptures following rounds of deliberation.

“Both texts, the recommendation and the decision, are a very important development in our country’s perfectly legal claim,” said Lina Mendoni, Greece’s minister of culture and sports, in a statement following last week’s conclusion of the session. Last summer, in a television interview Mendoni had put direct pressure on the British Museum for the return of the 2500-year-old objects.

“The commission urges the United Kingdom to reconsider its position and to negotiate with Greece, acknowledging that the matter is intergovernmental—contrary to the British side’s claim that the case concerns the British Museum alone—and primarily that Greece is rightly and legally claiming the return of the sculptures to their land of origin.”

The British Museum, however, maintained that its approach to showcase the legacy of ancient Greece through global partnerships remain the best option. The museum’s trustees “want to strengthen existing good relations with colleagues and institutions in Greece, and to explore collaborative ventures directly between institutions, not on a government-to-government basis,” the museum said in an email to Artnet News.

Artnet News has reached out to the Greek authorities for comments but did not hear back by publishing time.

October 6: This article was updated to include comments from the U.K. department for digital, culture, media and sport and the British Museum.