April 27th, 2016 | Browse other: News. | Tagged with: Importance and Value of Universal Museums, repatriation of artefacts | 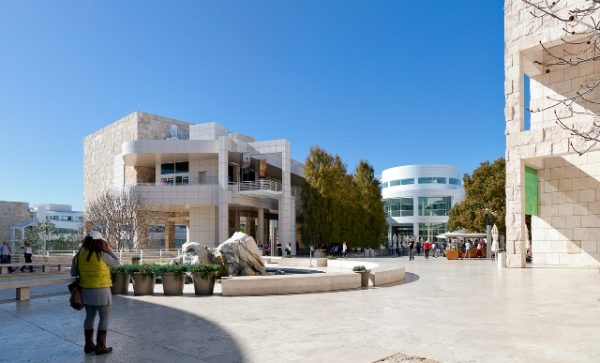 The Getty Museum in California – a signatory to the Declaration on the Importance and Value of Universal Museums. Photo: Caroline Culler, Wikimedia Commons.

Isaac Kaplan, The Case against the Universal Museum, Artsy, 26 April 2016

In 2002, 18 major museums released a “Declaration on the Importance and Value of Universal Museums.” Of the current signatories—which include the Met, the Getty, and the British Museum—all save one were located in the West. And over half can be found in English-speaking countries. “We should not lose sight of the fact that museums too provide a valid and valuable context for objects that were long ago displaced from their original source,” the declaration reads. “The universal admiration for ancient civilizations would not be so deeply established today were it not for the influence exercised by the artifacts of these cultures, widely available to an international public in major museums.” Ultimately, it concludes, “museums serve not just the citizens of one nation but the people of every nation.”

Despite its lofty language, the declaration serves at least partly as an affirmative defense against specific and general allegations of looted objects being held in the collections of various major museums. Some museums point to a “universal” culture as “a way of refusing to engage in dialogue around the issue of repatriation,” writes George Abungu, former director general of the National Museums of Kenya. The reality is that the “universal” museum is not universal at all. While the term—which has since morphed into the “encyclopedic museum”—implies a hermetically sealed institution where knowledge floats above nationality, museums are actually political spaces tied to very specific histories and contexts.

For but one example of this, we might look to those leading the museums themselves. All of the directors of the 10 signatory museums located in English-speaking countries are currently white men. Highlighting this is not a criticism of their job performance, nor an attempt to dismiss them or the museums they govern. Rather, it speaks to the very realities of who in our society—which is rife with gender and racial inequity—is privileged enough to be in a position to define so-called universality.

This is partly what Abungu means when he writes that “the museum’s ‘universalism’ is an ideological position that has its own history and its own politics, and the universal museum is fighting to preserve its own heritage, not the world’s.” Obviously, recognizing such limitations is not the same as calling for the removal of artifacts from cultures around the globe from within the walls of Western institutions. But rather than try to present these objects as apolitical works of art, museums should realize (or better yet embrace) that they have always been a part of society at large, reflecting its biases, flaws, and politics.