As the climate crisis threatens millions of species worldwide, biodiversity conservation is now an all-hands-on-deck operation. Natural history collections play a critical role in this effort as repositories holding records of historical biodiversity shifts, like libraries made of biological specimens.

In response to the extinction crisis, the call is out to scour Australia’s collections for data to fill knowledge gaps.

For many species, however, recovering historical genetic data has been severely impeded, not by a lack of specimens but by the methods used to preserve them. This is where my new research comes in.

Our paper shows how natural history collections around the world can squeeze every last drop of historical genetic data out of their specimens, from dried iridescent wings of butterflies to platypus bills floating in alcohol. 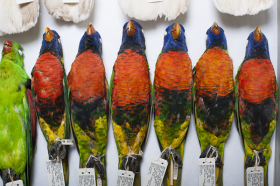 With over half a million native species, Australia is a global biodiversity hotspot – but we are also a world leader in extinctions.

To have a chance at combating biodiversity loss, we must use every last resource to learn about our unique corner of the globe. 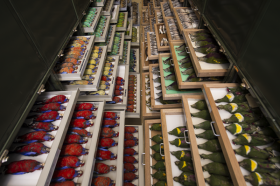 The majority of bird specimens are prepared dry to preserve their plumage. Martin Ollman, Author provided.

Long before the discovery of DNA, museums collected biological specimens to create a picture of where species live and how they are related. Today, the Atlas of Living Australia, which serves as a national database for Australia’s museums, contains approximately 2 million vertebrate specimen records.

Armed with modern techniques, we can now recover genetic data from specimens collected over the last 200 to 300 years. These data can then improve conservation outcomes for species struggling to cope with current environmental change.

For example, I recently used museum specimens to determine the historical native range of endangered Sonoran pronghorn in North America. This guided its reintroduction to the wild. 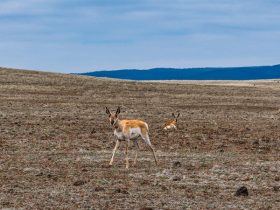 Thanks to old specimens of Sonoran pronghorn, we can now try to reintroduce this endangered species back into the wild. Shutterstock

When you visit natural history museums, most specimens on display will have been dried to beautifully preserve their physical appearance. Plant and insect specimens are dried and pressed or pinned, while birds and mammals are stuffed and dried.

This is called “liquid fixation”, where we use chemicals such as formaldehyde to preserve fish, amphibians and reptiles. It’s used for birds and mammals, too, when scientists want to preserve their internal organs. 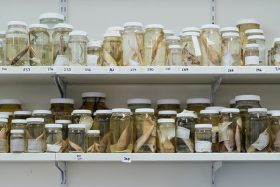 Nearly one-third of the 2 million specimens in our national database are preserved in liquid. Each of these specimens has a story to tell about how that species has coped (or didn’t) with our changing environment.

Together, dried and liquid-preserved specimens housed in collections around the world represent an irreplaceable record of biodiversity shifts in this period of rapid environmental change.

The problem with formaldehyde

Although drying and liquid fixation methods (such as with the chemical formaldehyde) both help preserve biological tissues, neither method was developed with modern genomic sequencing in mind.

Still, drying has the effect of slowing DNA degradation and a treasure trove of historical genetic data has been recovered from dried specimens in recent decades. 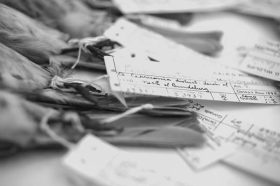 On the other hand, formaldehyde preserves tissues by stopping decay in its tracks by cross-linking the molecules within the tissue. Frustratingly, these cross-links turn DNA extraction into an exercise akin to chiselling strands of delicate thread out of a block of cement. 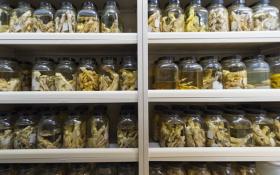 But in recent decades, museums have begun sampling fresh tissue from newly collected specimens and storing it specifically for DNA extraction.

This marks a pivot in preservation practices. Coupled with advances in extracting DNA from older dried tissues and those preserved in ethanol, it has ushered in an entire new field of museum genetics.

Meanwhile, extracting DNA from specimens preserved with formaldehyde has largely been left in the “too hard” bucket. This has left a gaping hole in the availability of older historical DNA for most fish, amphibians and reptiles.

Through advances in research, scientists have managed to find a way to successfully sequence a handful of formaldehyde-fixed museum specimens — lizards, snakes, salamanders and fish — that would have otherwise been lost to history.

But to collect at a greater scale, an important hurdle remains: community confidence. 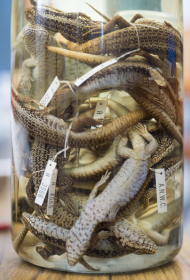 Improving the confidence of curators

Until now, getting useable genetic information from specimens preserved in formaldehyde has been largely hit or miss with an emphasis on the miss. Despite the declining costs of DNA sequencing, many scientists are unwilling to hitch their limited research budgets to the pursuit of risky specimens.

DNA extraction requires the destruction of at least part of a specimen, such as removing a small section of liver or muscle tissue. So museum curators hesitate to grant precious tissues for studies with low expected success rates.

In our recent study, we set out to find ways to minimise this risk. We found that, essentially, a quick inspection of the preserved animal’s gut and a measurement of the formaldehyde in the jar can empower researchers and curators to identify which precious specimens are worth damaging to recover genomic data. 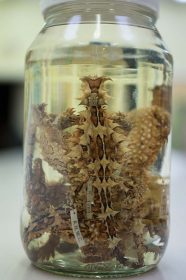 The study’s methods can be used to predict sequencing success without damaging specimens such as this liquid-preserved thorny devil (Moloch horridus) collected in 1977. Martin Ollman, Author provided. 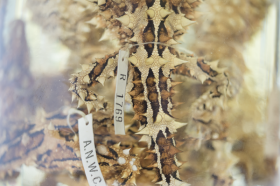 We also showcase a single DNA extraction method that works surprisingly well on both formaldehyde-fixed specimens and those preserved in ethanol.

This is useful because the preservation history of a specimen, especially older ones, is often unknown. While all of our wet specimens at the Australian National Wildlife Collection are currently in ethanol, like most collections, our records generally don’t indicate if they’ve come into contact with formaldehyde.

By reducing the need for specimen-specific methods, we can more quickly gather high quality historical data — even from long-ago disregarded jars of goopy specimens.