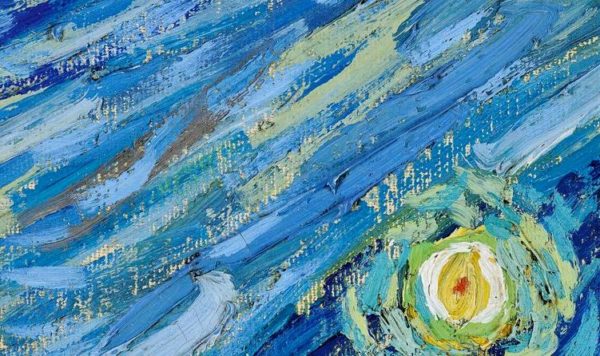 Oliver Franklin-Wallis, History is being locked away. Google’s museum is changing that, Wired Culture, 16 June 2016

Google’s take on museums is archiving millions of artworks – and, in VR, pioneering an entirely new art form.

At the Google Cultural Institute in Paris, Charlotte Fechoz is admiring Vincent van Gogh’s The Starry Night. The painting, of course, isn’t here; it’s been in the MOMA in New York since 1941. Instead, Fechoz – the co-ordinator of Le Lab, as the Paris workspace is known – is viewing the masterpiece on The Wall, an 18m-wide, two-storey-tall screen designed for viewing artworks at massive scale. The Starry Night, one of hundreds of masterpieces to have been scanned using Google’s gigapixel Art Camera, is blown up to astonishing clarity.

“You can see the canvas has not been fully covered,” Fechoz says, zooming in until a single brushstroke is rendered at twice her size. “According to experts, that means van Gogh painted this in a rush. He had this feeling of necessity.”

If Google’s core search business is comparable to that of a library – to collect and organise all known information – then the Cultural Institute is its art gallery. “We try to provide access, and we try to preserve,” says Laurent Gaveau, the 39-year-old director of Le Lab. The nonprofit platform, he says, has a single mission: “How can people be more engaged with art?”

Launched in 2011 as the Google Art Project, the Cultural Institute sprang from “20 per cent time” projects by employees across Google’s internal departments. Since broadened to include historical archives, street art and performing arts, it contains more than six million artworks, photos, videos and documents from 1,000 institutions including the British Museum and MoMA.