You are here: Home » Articles filed under: 'News' » Article: 'US Federal shutdown impact on museum'

US Federal shutdown impact on museum

January 27th, 2019 | Browse other: News. | Tagged with: Longest US Government Shutdown, US museum workers scramble for cash amid govt shutdown | 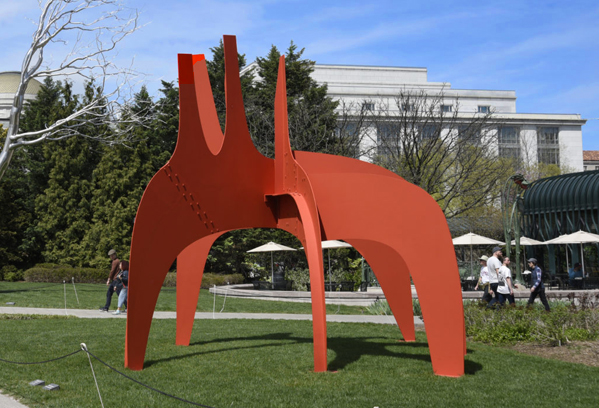 Menachem Wecker, ‘We’re All in Freefall’: Museum Workers Scramble for Cash Amid the Longest US Government Shutdown in History, 18 January 2019

Employees of federal museums are looking for part-time work, anxiously checking their bank balances, and fretting about what’s to come.

If a government shutdown falls on federally-funded cultural institutions and furloughed employees are prohibited from checking work email and discussing their predicaments publicly, does that shutdown make a sound?

As the partial US government shutdown is poised to enter its fourth week, all federal museums, including the National Gallery of Art and 19 Smithsonian museums, remain closed. An estimated 800,000 employees have missed their most recent paycheck. But the true impact of the shutdown—the longest in US history—remains opaque. Due to the Hatch Act, which prohibits many federal employees from engaging in political activity, workers—including those in the arts—have been instructed to remain silent.

Many furloughed employees from Washington museums and cultural institutions declined to speak even anonymously with artnet News. But a few described a tension- and anxiety-filled few weeks.

“We have no idea what Trump is going to do,” one National Archives employee told artnet News.

After two short shutdowns last year, she and and her colleagues felt it was only a matter of time before there’d be a substantial one. But “I certainly didn’t think it would be this long,” she said. “You don’t expect they would shut you down over Christmas. The optics of that are ridiculous.” Government employees had to buy presents for family and friends while they weren’t receiving paychecks. “People just end up in the hole right away,” she said.

The National Archives employee counts herself lucky, with savings that can cushion her for a few months, but she hesitated to make a few big purchases before the shutdown, unsure if she’d be furloughed. She is worried for more junior employees with less savings and high rent.

On Wednesday, President Donald Trump signed a bill guaranteeing back pay to federal workers who have been furloughed, but not until after the shutdown ends. (Notably, certain employees who work for federal institutions but are not technically federal employees, including some museum guards, are not eligible for back pay.)

And “if you’re living paycheck to paycheck, that doesn’t help you right now,” the National Archives employee said. “It’s good to know that it’s coming, but you also worry that the public is going to start getting angry at us. ‘You’re getting a paid vacation. You should be happy.’ But this is not a vacation.”

Some say the uncertainty is the worst part. More than 35 museums across the country, from the Phillips Collection in Washington, DC, to the Denver Art Museum, have offered free admission to furloughed federal workers. But workers’ options during this period are limited. “It could end tonight, so you go in tomorrow,” said a National Gallery employee. “You can’t make plans. You can’t try to make the most out of the situation, because you can pretty much only go so far as you can turn around and come right back.”

The archives employee hasn’t yet applied for unemployment, which is a hassle, only returns pennies on the dollar for many salaries, and must be repaid following receipt of the back pay. But she keeps telling herself she will do it, after three weeks, after four weeks.

She also bristles at the idea that her job—and the work of the National Archives—are “non-essential.” It is paramount to US democracy that researchers can access these materials, she said: “This is all stuff that’s supposed to be open and accessible to the American people. It’s fundamental to our democracy, because it’s openness and government.”

Other employees are already pursuing part-time work to bridge the gap. “I know a person who is delivering Amazon packages. They were doing it during the holidays for some additional income and had to continue,” said Haywood Turnipseed Jr., a National Gallery telecommunications employee and the only person willing to speak on the record with artnet News. (A part-time stand up comedian who says the shutdown has given him more time to perform, Turnipseed recently penned an op-ed for the New York Times titled, “Trump Furloughed Me. Should I Take Up Pole Dancing?”)

“I have contacted the utility companies, insurance companies, and mortgage company to make them aware that I’ll be making adjustments in payments,” Turnipseed said. “They’ve been very understanding. It’s frustrating in the sense that things are so up in the air.”

A Smithsonian American Art Museum employee recently contacted colleagues and friends in galleries and other culture institutions in town to seek contract work, from installing a show to writing a press release. “I said I would do any kind of work,” she said. “That’s what it’s come to. Right now, we’re kind of all in freefall.”

Like many of her colleagues, she has high student loans and doesn’t have thousands and thousands of dollars in the bank. “The museum field doesn’t pay very well,” she said, noting that she and her spouse—a federal employee deemed “essential” who is currently working without pay—spoiled their kids “a little too much over the holidays. Money is very tight.”