You are here: Home » Articles filed under: 'News' » Article: 'US museums announce closures' 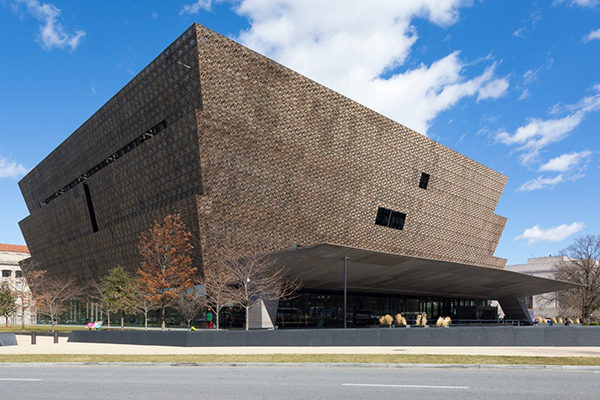 The Smithsonian’s National Museum of African American History and Culture in Washington, DC (via Wikimedia Commons).

This week, the COVID-19 death toll in the United States surpassed 250,000, and governments across the country are announcing new restrictions.

Museums across the United States are starting to shut down again due to a nationwide surge in coronavirus cases. The Smithsonian announced yesterday, November 19, that it will temporarily close all of its museums in Washington, DC, including the National Zoo, starting Monday, November 23. In Minneapolis, several museums, including the Minneapolis Institute of Art and Walker Art Center, will close their doors this weekend. And in Philadelphia, museums were mandated to close for six weeks, through January 1, 2021.

This week, the COVID-19 death toll in the United States surpassed 250,000. More than 11,695,500 people in the country have been infected with the virus, and infection rates continue to climb in most states, with reports about strained local hospitals and renewed restrictions.

The Smithsonian’s announcement comes less than two months after it re–opened seven of its 19 museums on September 25.

“The Institution’s top priority is to protect the health and safety of its visitors and staff,” the Smithsonian said in a statement today. “We will use this time to reassess, monitor and explore additional risk-mitigation measures,” it continued, adding that the institution is closely monitoring guidance from local governments, public health officials, and the Centers for Disease Control and Prevention (CDC).

The Smithsonian did not state a re-opening date “due to the changing nature of the situation.” Its New York City museums — including the Cooper Hewitt, Smithsonian Design Museum, and the National Museum of the American Indian — have remained closed since March 14.

Following Minnesota Governor Tim Walz’s new COVID-19 restrictions, the Minneapolis Institute of Art (Mia), Walker Art Center, and Ame-ican Swedish Institute will close their doors to the public on Saturday, November 21. In a statement, Mia forecasted that it will not reopen before January 2. The Minnesota African American Heritage Museum and Gallery announced on Facebook that it will shut its doors starting tomorrow.

In Philadelphia, a city-mandated lockdown closed museums through the end of the year. The Philadelphia Museum of Art (PMA), which closed on Wednesday, November 18, faced backlash for its decision to furlough frontline staff for the second time since the beginning of the pandemic.

A new survey released by the American Alliance of Museum (AAM) on Tuesday warned that one-third of US museums are at risk of permanent closure.

“The financial state of US museums is moving from bad to worse,” said Laura Lott, President and CEO of AAM. “30% of museums remain closed since the March lockdown and those that have reopened are operating on an average of 35% of their regular attendance — a reduction that is unsustainable long-term.”

“Those that did safely serve their communities this summer do not have enough revenue to offset higher costs, especially during a potential winter lockdown,” Lott continued. “Without financial help, we could see thousands of museums shutter forever.”

“Every other metropolitan, big metropolitan museum in the United States is already open, other than ours,” Govan said in a recent interview. “There are hundreds of thousands, if not over a million, visitors that have visited those museums since July. And so far, not one single case of COVID transmitted in museums.”