You are here: Home » Articles filed under: 'News' » Article: 'US museums explore video' 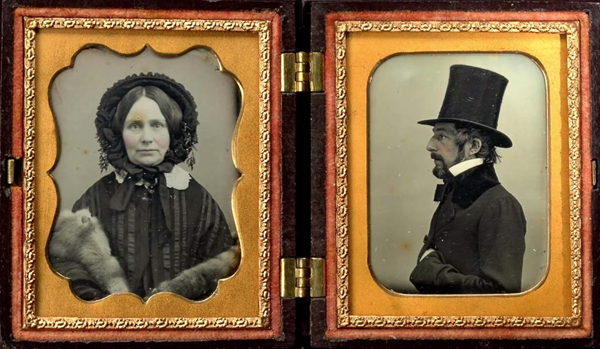 A still from the video ‘The Daguerreotype – Photographic Processes Series’.

Allison Meier, Go Behind the Scenes of 9 Museums With These Great Online Web Series, Hyperallergic, 19 October 2017

These nine museums are using online video series to take viewers behind the scenes of their collections.

How much of a museum do you really see when visiting its galleries? So much at an institution happens behind the scenes, whether conservators preserving objects for display, or researchers journeying into the field. Many museums have been using online videos to bring these stories to the public. Here are nine series to watch:

Now in its second season, Shelf Life is a digital series that delves into the collections of the American Museum of Natural History. As only a fraction of its 33 million specimens are on view, and the museum actively supports research around the world, it’s a fascinating insight beyond the dinosaurs and taxidermy dioramas that most people associate with the institution. It also answers pressing questions like: how do you preserve a coelacanth?

“Tales From the Cryptic Species” examines how century-old specimens can now reveal genetic diversity that could influence conservation policy, “Into the Island of Bats” follows scientific studies on the bats of Cuba, and “Shamans of Siberia” chronicles how a 19th-century collection from one of the largest anthropology expeditions to the Pacific Northwest Coast of North America and Siberia is now a vital resource for indigenous living culture.

Museum of Modern Art: At the Museum

The Museum of Modern Art’s At the Museum illuminates hidden exhibition stories like the graphic design behind the title wall for Robert Rauschenberg: Among Friends, and the delicate conservation of a concrete “sprite” statue from Frank Lloyd Wright’s demolished Midway Gardens in Chicago for Frank Lloyd Wright at 150: Unpacking the Archive.

The insightful series has explored how curators tell if an abstract photograph is vertical or horizontal (for Making Space: Women Artists and Postwar Abstraction), and how the texture of Yves Klein’s “Blue Monochrome” (1961) complicates the restoration process, as that texture changes how the human eye perceives its rich blue color.

The Smithsonian American Art Museum’s Meet the Artist series features interviews with artists about their work, sometimes visiting them at their studios. Their subjects have included Alex Katz, Kerry James Marshall , Will Barnet, Miriam Schapiro, Christo, and Grace Hartigan. As it’s been ongoing since 2000, it can be an invaluable portrait of some artists now deceased. Luis Jiménez, who died in 2006, discusses how the border crossings between Mexico and the United Statues influenced his large-scale fiberglass work (such as the mustang rider outside the museum), while Jesús Moroles, who died in 2015, is filmed at work in his granite studio, sculpting the rock into colossal geometric forms.

The 12-part Photographic Processes from the George Eastman Museum is an in-depth overview of the development of photography, from daguerreotype, to cyanotype, to the rise of color photography. The videos involve photographs from the museum’s extensive collections, as well as demonstrations of the techniques. “We make photographs in a different way from the way we used to, but we make them for the same reasons,” independent photography curator Alison Nordström states in series. “I would argue that a 19th-century Victorian family album has exactly the same purpose as the 200 pictures of your kid that you carry on your phone.”

MOCA: Art in the Streets

The Museum of Contemporary Art, Los Angeles regularly shares video content through its MOCAtv YouTube channel, often connected to current exhibitions. Alongside the 2011 Art in the Streets, MOCA launched the Art in the Streets web series on street art and its creators. The series visits international street art hubs in cities like Beirut, Cairo, and Mexico City, and interviews artists including Swoon, RETNA, Barry McGee, and JR. One video descends into the underground Underbelly Project, where street artists covered an abandoned New York City subway station with work.

In Curator’s Corner, British Museum curators highlight some of their favorite objects, with a dose of humor. For instance, Thomas Hockenhull, the curator of modern money, has a go at defacing a penny like an early 20th-century suffragette with the words: “Votes for Women.” Often these videos capture the sense of wonder that drew curators to their fields, whether it’s curator of cuneiform Irving Finkel deciphering a board game rule tablet — the “world’s oldest rule book” — or curator of Japanese arts Nicole Rousmaniere celebrating the incredible art of Japanese manhole covers.