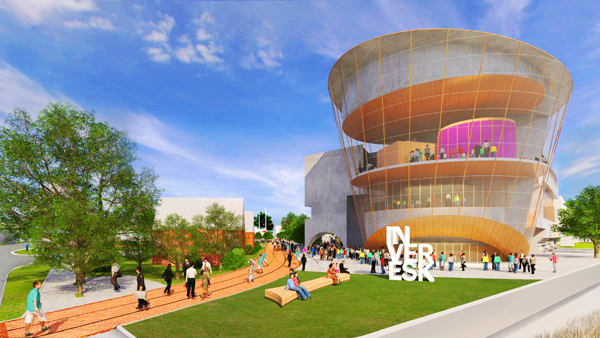 The transfer of land from the City of Launceston to the University of Tasmania is an important step in realising the vision for Inveresk’s redevelopment according to Pro Vice-Chancellor Professor David Adams.

He said developing the precinct required true partnership and the outcome of the council meeting was pleasing for the university.

Professor Adams wanted to reassure ratepayers after concerns were raised at the council’s debate about access to the Queen Victoria Museum and Art Gallery.

“QVMAG has always been an important consideration and it is in our and the communities interest to enhance access and visibility because of its regional significance for culture and creativity.”

Bringing business, innovation and entrepreneurship into the precinct was also crucial to the future of northern Tasmania, Professor Adams said.

While two of the five parcels of land to be transferred included spaces for car parking, the university remains committed to finding solutions for drivers.

“We have been working closely with the City of Launceston and will continue to do so in the parking and traffic strategy to deliver the best outcome for the whole precinct,” Professor Adams said.

The blueprints for $260 million UTAS Inveresk relocation were released by Architects McBride Charles Ryan in July.

The project is the cornerstone of the Launceston City Deal, signed by the city council, and state and federal governments.

The council approved the transfer of the titles of the old velodrome site and the Willis Street car park, worth an estimated $5.3 million, in October, 2016.

The five sites approved for an asset exchange at Monday’s meeting were worth of $3.565 million, while the purpose-built National Automobile Museum Tasmania facility will cost $4.77 million.