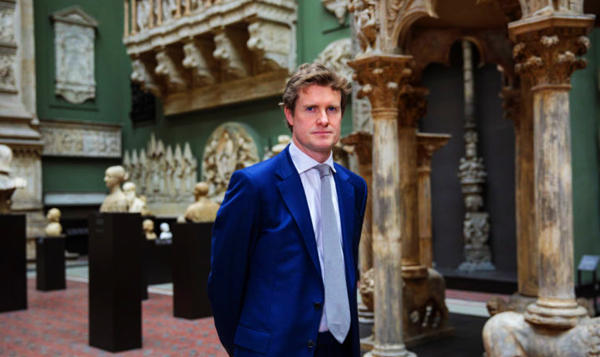 UPDATE 2017-06-07 – Since we published our story Tristram Hunt’s original comments have surfaced online, it would appear that the original Times report omitted some crucial comments by Hunt on his views on digitising art, namely that: “we’re very passionate about it, we’re strong on it”.

For years galleries and museums have been racing to scan, photograph and digitise their collections, in order to open up their collections for a global audience. But is this really a good idea?

Former MP and now director of the Victoria and Albert Museum, Tristram Hunt, this weekend spoke out against the current fetish of digitising art which he says has taken over the art world.

Speaking at the Hay Festival, Hunt said a debate had begun over whether “sticking all this stuff out there for free with variable quality” was the right approach for our cultural institutions.

He said museums are now reflecting on their: “initial exuberance about getting everything out there as quickly as possible”.

The V&A has digitised 90% of its collection, with over a million objects and over 600,000 images in its digital archive, but its digitised art is of varying quality as the project has taken place over the last decade.

Hunt pointed to New York’s Metropolitan Museum of Art which is currently in financial crisis after a number of hugely expensive investments led its director to resign, including: “the amount of investment they have put in to digitise their collection, which means they are taking it away from other areas”.

There’s obviously a benefit in digitising art for preservation, to ensure no fire or flood can ever truly destroy our most culturally significant artifacts, but the case for digitising for the public is less certain.

“It is a question of how much more,” said Hunt. “[The amount we digitise] keeps increasing but at cost.”

Hunt said in his experience, since becoming director of the museum four months ago, he hadn’t seen a great demand from the public for the museum’s digital projects, in fact: “there’s a sense of people often coming into the museum to get away from digital activities.”

Likewise Google’s ambitious Art Project, which launched with fanfare in 2011 with its plan to digitise the world’s art, has fallen suspiciously silent in recent years.

Today the future of digital art is still unclear, but the best place for a cultural experience is probably still visiting your nearest gallery in person.