You are here: Home » Articles filed under: 'News' » Article: 'V&A in Southern China' 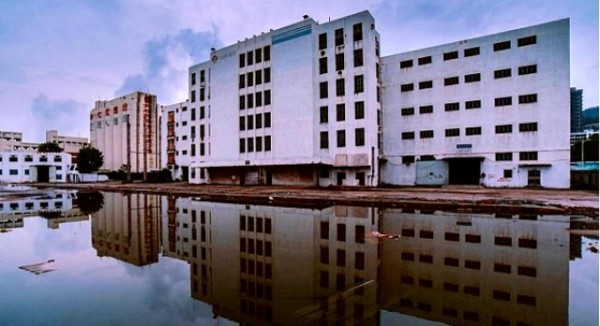 The former Dacheng Flour Factory in Shekou, one of the sites of the 2015 Bi-City Biennale of Urbanism/Architecture 2015.

London institution introduces contribution to biennial in Shenzhen ahead of 2017 opening of its new gallery in the city.

The Victoria and Albert Museum in London (V&A) gave some flavour of its activities in southern China at a preview earlier this week (23 June) of the sixth edition of the Bi-City Biennale of Urbanism/Architecture in Shenzhen (4 December-March 2016). At the biennial, which will be held at the former Dacheng Flour Factory in Shekou and the Xipu New Residence in the Longgang District, the V&A is staging Unidentified Acts of Design, a display of items produced in urban villages and works made by part-time inventors based in the Pearl River Delta region.

The show will present Chinese design works produced “outside of the conventional design studio context”. The museum said in a statement: “Challenging the notion that design in Shenzhen is limited to reproductions with little originality, the exhibition will seek to uncover innovative design pieces that have developed in the region.”

The V&A’s contribution emerged out of “wider ongoing research undertaken by the V&A as it prepares to open a new gallery of design in Shenzhen in 2017,” according to the statement. The Shekou Design Museum is a joint project developed in partnership with China Merchants Group, a Hong Kong-based conglomerate. Earlier this year, Ole Bouman, the former director of the Netherlands Architecture Institute, was appointed director of the new museum, which will house galleries for temporary exhibitions and displays drawn from the V&A’s collections.

The museum will be part of the 70,000 sq-metre Sea World Arts and Culture Centre designed by the Tokyo-based architect Fumihiko Maki. The centre will also house a branch of the Guanfu Museum and a retail area.