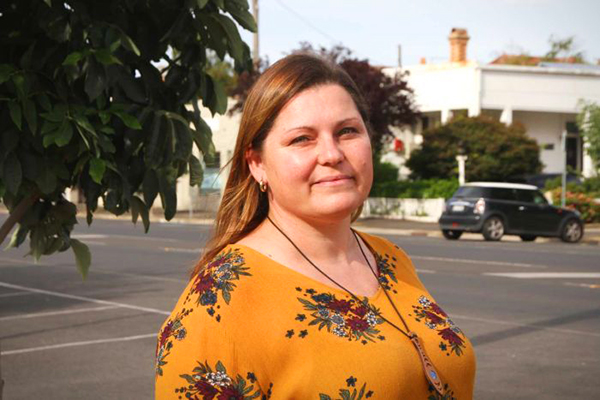 Bonnie Chew says it will be a long process to return hundreds of ancestral remains to country. ABC Ballarat: Emma Nobel.

Bonnie Chew says she cannot remember a time when Aboriginal ancestral remains were not being kept in boxes at museums and Aboriginal activists were not trying to bring them home.

In 1985, the first instance of repatriation saw the remains of 38 ancestors returned to traditional owners from Museums Victoria.

The ancestral remains came to the museum from a variety of sources, including the University of Melbourne, Victoria Police, freemasons lodges, and from members of the public — especially farmers and amateur naturalists — where they were recorded without provenance.

From 1856 to 1899, the museum was physically situated within the University of Melbourne, where remains were used in the study of phrenology and comparative anatomy.

The ancestral remains continued to be visited and studied by scientists when Museums Victoria left the University of Melbourne, but are now in the custody of the Aboriginal Heritage Council of Victoria, who have long been working with communities in Victoria and interstate to return the remains of men, women and children to country.

“This is not going away. We have hundreds of ancestors’ remains to repatriate and we want to make sure we do it appropriately — culturally appropriately,” said Ms Chew, a proud Wadawurrung (Wathaurung) woman who sits on the Victorian Aboriginal Heritage Council. 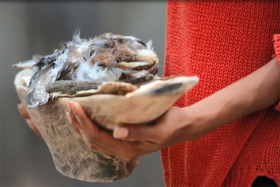 The repatriation of ancestral remains and the fight to see them returned home is the subject of Returning Our Ancestors, a new documentary created by the Victorian Aboriginal Heritage Council, in association with Rebel Films.

The documentary is based on the 2010 book by Shannon Faulkhead and Uncle Jim Berg called Power and the Passion: Our Ancestors Return Home, and includes voicework by award-winning musician and Indigenous storyteller Archie Roach.

Rodney Carter, chair of the Victorian Aboriginal Heritage Council, said Returning Our Ancestors had been several years in the making “largely because of the sensitivities around the subject matter, as opposed to people being comfortable about this type of subject matter being in another form of public domain”.

He said using a person’s remains for scientific curiosity was unacceptable.

“Any reasonable person — any good person — if this was their brother, sister, mother, father and particularly their son or their daughter, they would not entertain this,” he said.

Documentary can be shown in schools

The Victorian Aboriginal Heritage Council worked with the History Teachers Association of Victoria to create accompanying educational resources so that Returning Our Ancestors can be shown in secondary schools.

The resource will primarily be for years 7, 8, 9 and 10 and will also be available for VCE students studying Australian History.

The association’s manager of education and consultancy services, Jo Clyne, said the documentary was about a process and a fight that had gone on for several decades.

“From the realisation that ancestral remains were being stored in museums and universities to having them released and then repatriated,” Dr Clyne said.

“This is the next stage, which is telling people about it and building it into historical understandings of Aboriginal history and culture.

“Victorian history teachers are very hungry for Aboriginal historical resources, particularly ones that have been formed by Aboriginal councils, individuals, groups, and organisations.” 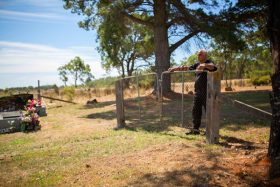 In 2013, Ms Chew, along with her father and brother, repatriated the remains of their ancestors from the Museum of Victoria and brought them home.

The process involved the state coroner, before the family could hold a ceremony at the museum and bury their ancestral remains on bushland inaccessible to the public.

“We took them back home and let them see [Torquay] beach first,” Ms Chew said.

“Bunjil came over, which was pretty incredible, Bunjil being our creator spirit.”

Ms Chew said removing a person’s remains from country as akin to disinterring a grave.

“If you have a think about a cemetery and you have your ancestors sitting in the cemetery and they’re exhumed and sitting in boxes in a museum, I’m sure that you would have unrest,” she said.

Museums Victoria CEO and director Lynley Crosswell said the museum had been working with First People’s communities across Australia and New Zealand to repatriate ancestral remains since 1985.

She pointed to the museum’s adoption of the Council of Australian Museum Directors’ policy on human skeletal remains in 1983, which allowed for the return of recent remains, known individuals, and of any scientific assessment of the remains held by the museum.

The Museums Act of 1983 also gave the museum the power to remove items in its collections and allowed for repatriation.

“That section of the act enables us to return those Aboriginal remains to communities,” Ms Crosswell said.

“Museums Victoria has been part of a really very sad history, there are many ancestors still to be returned home and the indignity and the harm suffered then is still experienced today.”

Returning our Ancestors will be launched at Federation Square in Melbourne later this month.