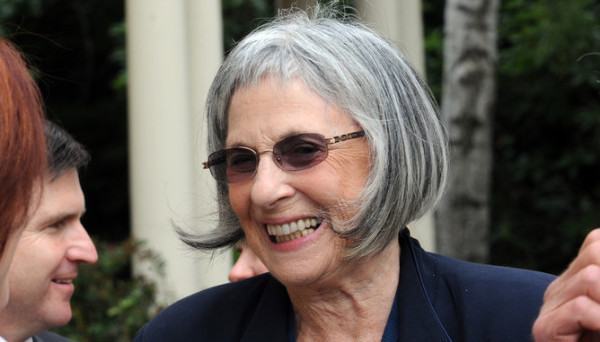 Joanna Mendelssohn, Associate Professor, Art and Design: UNSW,  Betty Churcher’s death is a loss for the arts and for Australia, The Conversation, 31 March 2015

I first met Betty Churcher in the 1970s at an Art Association of Australia conference in Melbourne where she gave a paper on John Molvig, who was to be the subject of her first book. Betty, who went on to become the director of the National Gallery of Australia, died earlier today, aged 84.

Two memories of that first meeting stand out: the first was the stunned reaction of some academic art historians that someone who taught at a teachers’ college – in Queensland! – should dare to speak with such freedom in an academic conference.

The second was the way she felt free to respond to the work over and above the rigid schemas that were then overtaking academic writing.

For Betty the art always came first, but she combined her love of art with an emotional intelligence and pragmatism that made her a rare creature indeed in the field of art administration.

Pragmatism meant that despite her early success as a young artist she knew she would never be great and so she stepped away from her creative career when her first child was born. After her fourth child started school she became the family breadwinner, enabling her husband, Roy Churcher, to be the artist while she went out to work, teaching art history at Kelvin Grove CAE.

This is where pragmatism meets imagination: women supporting their families are the dogsbody lecturers of universities and colleges worldwide. Because the family depended on her steady income, unlike many of her female colleagues, she was able to move interstate when opportunities arose.

Shortly after her debut at the Art Association conference she was appointed senior lecturer at Preston Institute of Technology in Melbourne (now a part of RMIT). She remembered the initial move to Melbourne as being especially hard on her family.

However she soon realised that the intuitive administrative skills acquired when being a parent are especially useful in public administration. In a recorded interview she spoke of almost accidentally becoming Head of School. To those who have followed her career trajectory this appears unlikely as she once said that the real art of career success is to be the invited candidate.

Her outstanding success at Preston, where she was one of only two senior women, was aided and abetted by her colleague Domenico de Clario. After he told her how the male heads of school were caucusing in the showers at the squash courts, she asked him to be her “mole”.