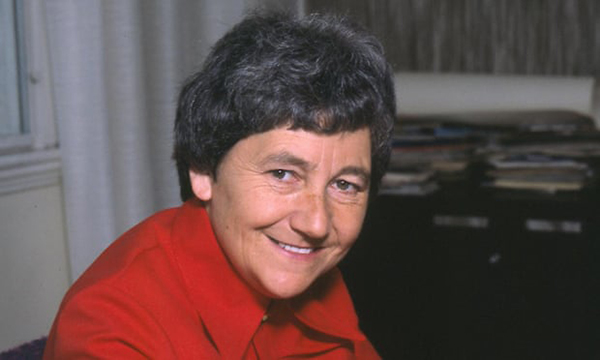 Dame Margaret Weston, the then director of the Science Museum, in 1979. Photograph: Photoshot/Getty Images.

First female director of a national museum who broke new ground by taking cultural treasures to the entire country.

Dame Margaret Weston, who has died aged 94, was the first woman in the UK to run a national museum and a pioneer when it came to sharing cultural treasures with the entire country. While director of the Science Museum, from 1973 to 1986, she opened the National Railway Museum in York, the first national museum outside London, where today a miniature steam train used by visitors is named after her.

She ignored the grumbles of her mostly male colleagues in London to divert resources to create the National Museum of Photography, Film and Television in Bradford, which opened in 1983 and is today known as the National Science and Media Museum.

As well as creating a truly national group, which has since expanded to five museums, Weston was ambitious in her collecting during her directorship. One day her phone rang and “the man didn’t give his name or his department. But he just said: ‘Do you want Concorde 002?’ … I said: ‘Well, I want to preserve it, but I have no place to put it. But yes, I’ll take it.’”

The aircraft ended up at the Fleet Air Arm Museum Yeovilton in 1976. Three years later, she acquired a 220-hectare (545-acre) former airfield in Wroughton, near Swindon, to collect large objects such as planes, nuclear missiles, and submarines. Now known as the National Collections Centre, it has recently expanded with a vast building to take another 300,000 items.

Diminutive and neatly, simply dressed, she was “completely underestimated by the whole world of museums”, as a colleague recalled. She was direct, tough, and impatient to get on with things, which she achieved by being both charming and uncompromising. 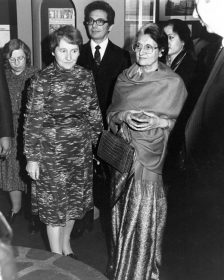 A formidable networker, she was unfazed by anyone. When the prime ministers of the UK and India joined her to open an Indian science exhibition in 1982, she was at ease with both Margaret Thatcher and Indira Gandhi, later recalling that these “iron ladies” were competitive on the night.

She famously fell out with her flamboyant neighbour, Sir Roy Strong at the V&A, when she chose not to join him in openly attacking cuts imposed in the 70s by the Labour government. Strong’s diary reveals he regarded her being made a dame in 1979 as a snub to him and reward to her “for creeping low to Shirley Williams”, the then secretary of state for education and science. However, former colleagues recalled she had more political savvy than Strong, from wrangling civil servants to ensuring every penny of the government’s yearly settlement was spent.

Weston also negotiated the transfer to the Science Museum of Sir Henry Wellcome’s extraordinary collection of 100,000 objects, shifting the museum’s emphasis from technology and physical sciences to include medicine. The legacy of her bold move has taken shape under the museum’s current director, Sir Ian Blatchford, with the opening of five galleries under the title Medicine: The Wellcome Galleries that fill an entire floor of the museum.

She also oversaw a move towards thematic narratives and novel display techniques – seen for example in a gallery that covered both space and undersea exploration and featured innovative interactive exhibits.

Weston remained director of the Science Museum until 1986. In that year, the Launchpad interactive gallery opened, continuing the museum’s tradition of using innovative ways to connect with young audiences, which began in 1931 with its Children’s Gallery, and marking a vital first step in creating a museum for the modern age.

Born in Oakridge, Gloucestershire, the only child of two headteachers, Margaret (nee Bright) and Charles Weston, she was educated at Stroud high school, where she became deputy head girl. In the summer of 1940, a Junkers Ju 88 bomber crashed nearby and the story goes that Margaret, then 14, detained one of the Germans herself until her father, who served in the Home Guard, arrested the man.

In 1967, she was appointed as keeper of the department of museum services – whose duties extended from handling PR to overseeing royal visits – and rose to become museum director in 1973, succeeding Sir David Follett. Heather Mayfield, a former colleague, recalled she was “a breath of fresh air”. When she retired in 1986, Weston was presented with a motorbike as a gift from museum staff.

Skilled at recruiting major figures to be museum trustees, she herself served as a member of the Ancient Monuments Board for England (1977-84), the 1851 Commission (1987-96) and the Museums and Galleries Commission (1988-96), and as a trustee of the Brooklands Museum, in Surrey, the Fleet Air Arm Museum, the British Empire and Commonwealth Museum and the Hunterian Museum (Royal College of Surgeons); she chaired the trustees of the Horniman Museum in south London.

She served as a governor of Imperial College London for many years and was made an honorary fellow of Newnham College, Cambridge, in 1984, and senior fellow at the Royal College of Art in 1986.

She lived near Stroud in retirement, where she was involved in cultural projects including serving as a trustee for the Museum in the Park. She was made a fellow of the Science Museum in 2018.