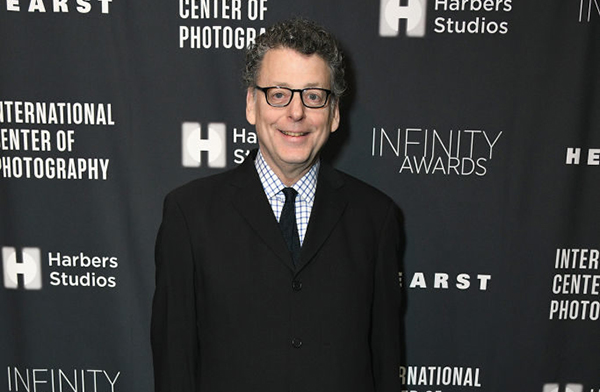 The influential writer was the author of books including ‘White Lies’ and ‘For All the World to See.’

Maurice Berger, a critic, curator, and historian who devoted his career to addressing race relations in contemporary art, died yesterday from complications related to COVID-19. He was 63.

The news was confirmed by the Jewish Museum, where Berger curated the exhibition “Revolution of the Eye: Modern Art and the Birth of American Television” in 2015.

“For more than 25 years, Berger was a valued colleague and friend of the Museum who passionately demonstrated the highest standards of scholarship and intellectual integrity,” the museum wrote on its website. “His work on race relations, American and Jewish culture, and his belief in making exhibitions and the written word meaningful and accessible for everyone, inspired, challenged, and encouraged so many in the curatorial profession—and beyond.”

For seven years starting in 2012, Berger wrote “Race Stories” for the Lens Section of the New York Times, a column that looked at race in relationship to photography and championed many non-white image-makers. He also wrote prolifically for publications such as Artforum, Art in America, and October, and authored 11 books, including the highly influential essay collections White Lies: Race and the Myths of Whiteness in 1999 and For All the World to See: Visual Culture and the Struggle for Civil Rights in 2010. 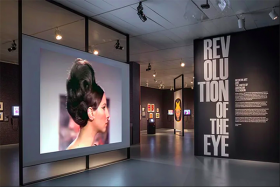 Installation view of the exhibition “Revolution of the Eye: Modern Art and the Birth of American Television,” curated by Maurice Berger, at the Jewish Museum, NY. Photo: David Heald.

“When I was starting out,” the photography critic Danielle Jackson wrote to Artnet News, “he was one of a few people I knew who was working in photography who was interested in talking about race. He wrote fearlessly about institutions and his personal experiences alike.”

As news of Berger’s death spread, many took to social media today to pay respect.

“R.I.P. dear friend, colleague and inspiration to many,” wrote David Ross, Chair of the MFA program in Art Practice at the School of Visual Arts. “A great loss.”

“This is heartbreaking,” curator and writer Antwaun Sargent, noting that he got to know Berger while on a jury for the International Center of Photography’s Infinity Awards in 2018. “Before it was vogue, he wrote about black artists.”

“Maurice was one of the most passionately activist thinkers I have ever known,” said fellow critic Jerry Saltz, in a statement to Artnet. “His rejuvenating writing never didn’t take a strong stand. He had a kind aura that radiated intensity and love.”

Berger was born in New York in 1957 and grew up in a public housing project on the Lower East Side. He received his undergraduate degree from Hunter College before going on to get his PhD in art history and critical theory at the City University of New York, where he studied with influential scholar Rosalind Krauss.

Most recently, Berger held the title of chief curator at the Center for Art, Design, and Visual Culture at the University of Maryland, Baltimore County.