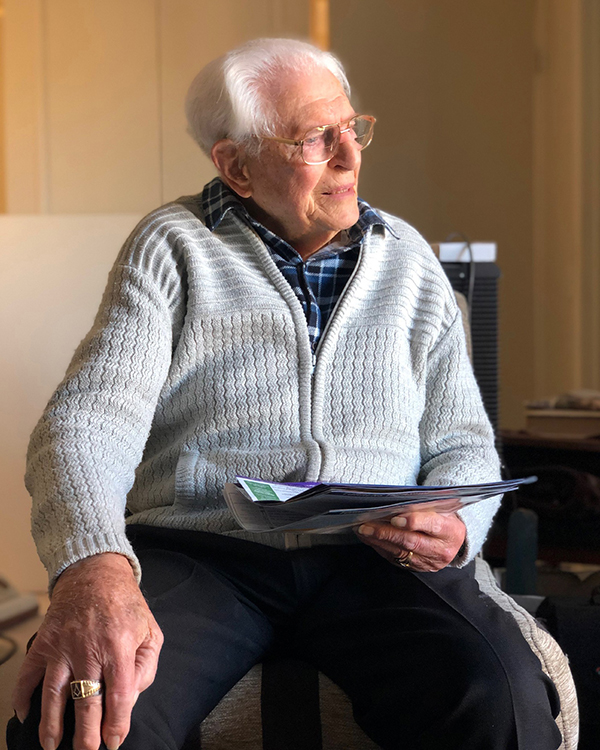 Sitting in his home in the north-eastern suburbs of Adelaide where he lives independently, Paul recalls with enthusiasm the many unique experiences that made his life colourful.

When you meet someone who oozes intelligence, inspiration, enthusiasm and has a gleam in their eyes as they speak with passion about their working life, it’s pretty amazing. When that person is 101 years old with no sign of waning, it is worth writing about.

In the 1930’s, as a young taxidermist employed in a junior role at the South Australian Museum, Paul Lawson could not have imagined the wild ride his life would take him on. From undertaking top secret work on an unidentified, suspected murder victim to being part of an international expedition that uncovered 40 thousand-year-old fossils, these are only some of his life highlights.

Paul also had the sole responsibility for the safekeeping of the touring Apollo mission NASA moon rocks while they were in South Australia. It is a journey Paul enjoys reliving in minute detail.

None of these things would have been possible, had Paul’s passion for clay gun shooting not resulted in him becoming partially deaf. This led him to pursue taxidermy as a lone past time and eventually being employed by the South Australian Museum.

“I don’t promote it, but I am quite proud of it” he said.

Paul reflects fondly on memories of his father contacting the Director of the South Australian Museum and the events that followed.

“Director Hale came around and saw the birds and animals that I had mounted, and he told my father that he was quite impressed. I had to wait a little while before I could start the job because they wanted to let the existing taxidermist finish off.”

In 1948 Paul remembers being called into the director’s office to meet Senior Sergeant, Lionel Leane along with four other policemen. The Senior Sergeant asked Paul if he could do a bust cast for an unidentified corpse found on Somerton Beach.

Paul’s trade mark humility was revealed in the reply; ‘I don’t know I’ll have to see the job’. This infamous case became widely known as the Somerton Man. Paul recalls how secretive the whole situation was; being led down to the morgue to create the bust, as the South Australian Police would not let him move the body to the museum. He speaks about the eeriness of the situation as he sat in a darkened room creating the bust while his every move was being watched by a detective who was guarding the door. The bust that Paul created has been widely pictured and is now on display at the South Australian Police Museum

His conversation switches between events as he recalls them.

In 1953 still in his role as a taxidermist at the South Australian Museum, Paul was asked to accompany American Professor Ruben Stirton on an expedition to Lake Callabonna in search of the fossil remains of a prehistoric beast named the Diprotodon. Sir Douglas Mawson had given Professor Stirton advice as to where to look. 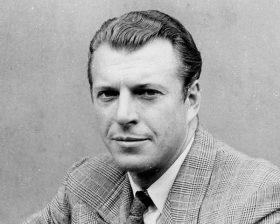 Paul explains “I was asked to take care of the party and so had to get all the provisions. When we located the fossils, it was very exciting. It took us weeks to dig them out.”

The fossils remain on display at the museum in a glass cabinet on the first floor.

Paul accompanied Professor Stirton on five expeditions searching for fossils in Australia. He was invited to join Professor Stirton for more than a year at the University of Berkeley in California to assist in research.

Paul explains that because of people like Professor Stirton, he was given the opportunity to carry out other tasks.

“Professor Stirton changed my life, he is the man who gave me all the necessary confidence”.

He recalls being tasked with the protection of the Apollo mission moon rocks sent by NASA to Melbourne and then on to South Australia.

“Museum Director Grant Ingles called me in and asked me to watch the moon rocks while they were here. It was only for a week, but it was a hard week. The moon rocks were given a police escort from the airport to where I was waiting at the museum. There were police surrounding the car when it arrived at the museum.” Paul Lawson.

Paul reflects on the reason for the high security.

“The police had intelligence that university students were going to try and steal the moon rocks” he explained.

Paul recognised the inspector who was stationed at the museum as Senior Sergeant Leane, the same inspector assigned to the Somerton man case some twenty years earlier.

“The museum gave me a life and I wanted to pay back something, because it was my life” Paul said.

Associate Professor Diego C. Garcia-Bellido is a Senior Researcher in Palaeontology at the South Australian Museum and has known Paul for a number of years.

“Paul epitomises the adventurer we all have inside when growing up, but in his case, he has been able to keep it up all along. He brought that energy, thirst for knowledge and eagerness to the South Australian Museum.”

“Paul led the Discovery Centre at the museum for a number of decades in the second half of the 19th century. His vision and generosity has allowed the museum to develop new areas of reconnaissance with 21st century technology: drones and underwater rovers” he said.

Paul still has regularly visits from people he has crossed paths with throughout his fascinating life; from retired Police Detectives, through to University Professors and Museum Researchers such as Diego Garcia Bellido.

Paul credits his love of shooting as a child for drawing him to taxidermy and on to the other adventures he has enjoyed in his life. He sums it all up in a sentence.