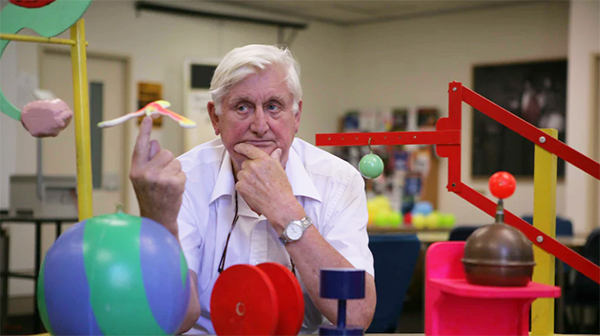 Professor Gore came up with the idea to create an educational science centre for children and families to visit.

He went on to become the founding director of Questacon, inspiring budding scientists all over the country with his enthusiasm and passion for science.

“He shared his love of science with everyone he could, and it brought him joy,” they said.

“Despite having an astounding life himself, he was always proud of others’ achievements.

“He was an incredibly smart man, but he was also incredibly kind. He inspired us to live our dreams by doing it himself.

“[He] shared [his] love of science with so many, and we are all so grateful.” 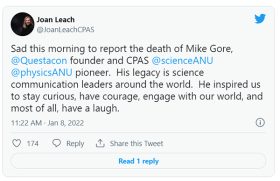 From England to the ANU

Professor Gore was an only child, born in 1934 in Bolton, Lancashire, in England.

He made his way to Australia at the end of his university studies, in 1962, when he accepted a lectureship at the ANU in the School of General Studies.

Shortly after arriving in Australia, he married Joyce Klaber, a literature student whom he met while doing a post-doctoral stint at Brown University, and they went on to have three children. 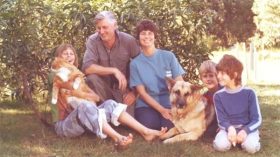 Originally from England, Professor Gore married and raised his family in Canberra, where he lived until his death in 2022. (Supplied).

However, it was a day spent in San Francisco in 1975, while living abroad with his family, that planted the seed for Questacon. 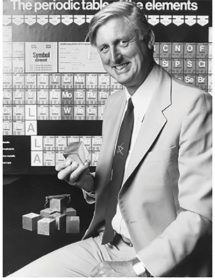 Professor Gore was inspired by a child-friendly science Exploratorium he and his family spent hours at and, when he returned to Canberra in 1977, he was brimming with ideas to create something similar.

So, in the old, unused Ainslie Public School building in 1980, the first iteration of Questacon took shape as an ANU project, staffed by volunteers and containing just 15 hands-on exhibits.

The set-up was a hit, attracting thousands of visitors each year to the ACT from right across Australia.

Before long, a specialist committee was appointed to investigate the validity of establishing a National Science and Technology Centre as a lasting memorial to the 1988 Bicentenary of Australia.

Parliament approved the proposal and the Japanese government agreed to donate one billion yen to the construction of a new building.

Professor Gore was appointed founding director and Questacon was given a new home. 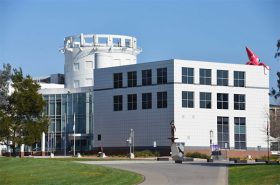 Professor Gore secured funding from the Australian Schools Commission to create what we now know as Questacon.(ABC News: Penny McLintock).

Professor Gore resigned from the ANU in 1987 to run Questacon full-time from its new, purpose-built headquarters in Canberra’s Parliamentary Zone.

Its doors — on the shore of Lake Burley Griffin — opened to the public in November 1988, and the building now features more than 200 hands-on experiences. 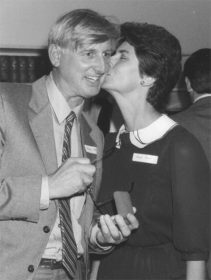 More than 500,000 people visit Questacon each year, and the travelling Questacon Science Circus — which has been operational since 1985 — still exists to this day.

The secret to making science fun, Professor Gore said, was “to project enthusiasm through your voice, through what you say and how you say it”.

Professor Gore resigned from Questacon in 1999 to become an adjunct professor of the ANU’s Centre for the Public Awareness of Science, which he had founded in 1995.

He was awarded an Officer of the Order of Australia in the 2015 Australia Day Honours, for “distinguished service to science through a range of public outreach, communication and education initiatives on a national and international level, and as a mentor and role model for young scientists”.

Current Questacon director Graham Durant described Professor Gore as a “terrific bloke”, who was “incredibly generous with his time”.

“He recognised the potential for hands-on science and experiential learning and he worked very hard to bring that experience to children in Australia,” Professor Durant said.

“Mike’s core philosophy is very much the bedrock of everything we do here and what we stand for, and we’ve been true to that philosophy.”