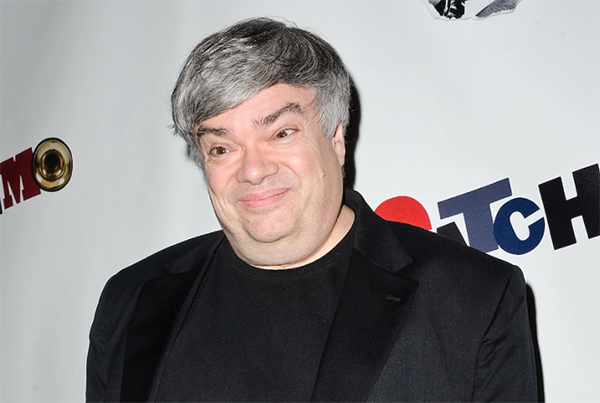 Terry Teachout in 2014 after the off-Broadway premiere of his play “Satchmo at The Waldorf.” (Daniel Zuchnik/WireImage).

Terry Teachout, a versatile and prolific arts critic who also wrote plays and widely praised biographies of journalist H.L. Mencken and jazz musicians Louis Armstrong and Duke Ellington, died Jan. 13 at a friend’s home in Smithtown, N.Y. He was 65.

The death was confirmed by his brother, David Teachout. The cause was not immediately known. In 2005, Mr. Teachout had been treated for congestive heart failure.

A writer of wide-ranging interests and indefatigable productivity, Mr. Teachout wrote essays for dozens of publications on almost every form of artistic expression, including classical music, jazz, dance, theater and books. As critic at large for Commentary magazine for 25 years, he had more bylines than any other writer in the monthly journal’s history, editor John Podhoretz wrote in an appreciation.

Mr. Teachout was an editorial writer and music and dance critic for the New York Daily News, wrote a general arts column for The Washington Post for several years, and since 2003 had been the drama critic for the Wall Street Journal. He covered every Broadway opening, as most critics do, but he also traveled widely to review performances across the country. He said the greatest theatrical experience of his life came from a production of Thornton Wilder’s “Our Town” at a small theater in Glencoe, Ill.

Mr. Teachout began his career as a musician, playing bass in country bands and jazz groups in his native Missouri. He began writing classical music reviews while still in college, then worked as a bank teller by day, a jazz musician at night and a writer on the side.

He moved to New York in 1985, found work at Harper’s magazine and later at the Daily News, and helped form a salon of culturally conservative writers and critics. He edited a 1990 essay collection of their work, “Beyond the Boom,” which criticized some of the cultural excesses of the 1960s and called for a return of more traditional forms of art. In general, however, Mr. Teachout avoided politics in his writing.

He called postmodernism artistic theories “absurd” and was critical of Black studies programs in colleges, calling them parochial. Yet, despite his admittedly conservative cultural views, Mr. Teachout had broad tastes and wrote enthusiastically about animator Chuck Jones, movie Westerns and the street photography of Weegee. His style as a critic was more tutorial than antagonistic, but even when he was slicing a reputation to shreds, his measured prose was delivered at a low volume that made it all the more devastating.

“Good criticism isn’t just me spouting off,” he said in a 2008 lecture. “It’s me looking and listening, paying the closest possible attention and telling you what I see and hear. It is rooted, above all, in description and metaphor.”

While juggling freelance assignments, Mr. Teachout took on other ambitious projects, including a 2002 biography of Mencken, the Baltimore journalist who was a defining influence on editorial writing in the 1920s and 1930s and helped shape the sound of American prose. In the book, titled “The Skeptic,” Mr. Teachout delineated Mencken’s faults and prejudices while also noting he “was to the first part of the twentieth century what Mark Twain was to the last part of the nineteenth — the quintessential voice of American letters … noisy as a tornado; witty and abrasive, self-confident and self-contradictory, sometimes maddening, often engaging, always inimitable.”

After publishing a short biography of choreographer George Balanchine in 2004, Mr. Teachout wrote one of his most acclaimed books, “Pops,” a biography of Armstrong, who is often called the most important jazz musician in history. Mr. Teachout portrayed Armstrong’s impoverished childhood in New Orleans and the many racial injustices he faced throughout his life in a book that “restores this jazzman to his deserved place in the pantheon of American artists,” New York Times book critic Michiko Kakutani wrote.

In 2013, Mr. Teachout followed the Armstrong book with “Duke,” a biography of Ellington, a jazz giant who was as enigmatic as he was familiar. Mr. Teachout sought to search behind “the mask of smiling, noncommittal urbanity that he showed to the world.”

Mr. Teachout cited his musical experience as crucial to understanding the lives of Armstrong and Ellington.

“I’m one of the few Armstrong biographers who can actually play the blues,” he told Jazz Times magazine.

Terence Alan Teachout was born Feb. 6, 1956, in Cape Girardeau, Mo., and grew up in nearby Sikeston, which at the time had a population of about 19,000. His father sold hardware, and his mother was a receptionist and secretary.

Mr. Teachout was interested in music from an early age and played piano and violin.

His father had a basement closet of old jazz and big-band recordings, he told the Dallas Morning News in 2013. “Very shrewdly,” Mr. Teachout said, “he kept the closet locked, thus inspiring curiosity on my part for the illicit music that was down there.”

Mr. Teachout began playing in country bands in high school. After one semester at St. John’s College in Annapolis, Md., he went back to Missouri to study music and journalism at William Jewell College near Kansas City, graduating in 1979. He spent about five years as a jazz bass player and music critic in Kansas City, then later studied psychology at the University of Illinois at Urbana-Champaign before moving to New York.

He published a memoir about his youth, “City Limits: Memories of a Small-Town Boy,” in 1991. In addition to his critical essays and biographies, Mr. Teachout wrote a well-received one-man play, “Satchmo at the Waldorf,” which premiered in 2011 and was presented in New York in 2014. Another play, “Billy and Me,” about playwrights William Inge and Tennessee Williams, was first performed in 2017. Mr. Teachout also wrote the libretti to three operas by composer Paul Moravec and contributed liner notes to dozens of recordings.

His first marriage, to Elizabeth Cullers, ended in divorce. In 2007, he married Hilary Dyson, who died in 2020. In October, Mr. Teachout noted in his blog that he was in a new relationship, with Cheril Mulligan. She and his brother are his only immediate survivors.

Asked by the Dallas Morning News why he devoted his life to writing about the arts, Mr. Teachout said, “It’s fun. It’s fun. That’s why I do this. … They give me money to see plays and go to jazz clubs and write books about people like Duke and Pops. You know — where’s the downside to this?”