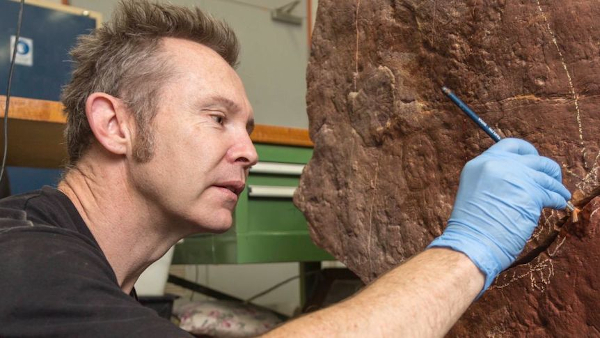 Taxidermist Jo Bain has worked with dead animals for 40 years, but the idea of consuming meat fills him with horror.

“I’ve been vegetarian since I was 10 years old,” he said.

“Just the smell of raw meat makes me feel sick.”

That might sound like a counterintuitive statement for someone who deals with animal cadavers for a living, but Mr Bain has no difficulty reconciling his diet with his profession.

The 55-year-old is the resident taxidermist and model maker at the South Australian Museum, where he has been working since he was 15 years old.

To outsiders, taxidermy may not seem like a natural career choice for people opposed to eating meat but, according to experts in the field, the combination is not an uncommon one.

Natalie Delaney-John runs taxidermy workshops out of her Melbourne-based studio Rest in Pieces, and said almost a third of her students were not meat-eaters.

“I was initially surprised that around 30 per cent of our workshop attendees are vegan or vegetarian,” she said.

While not a vegetarian herself, Ms Delaney-John said she could understand why taxidermy would attract those who were, because it combines “love for animals, art, and science”. 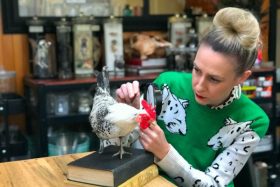 “Given taxidermists have a great love for animals and most people choose to be vegetarian or vegan for ethical reasons, our work and our values seem to align,” she said.

“[Taxidermy] is about preserving and recreating the beauty of an animal that has passed and breathing new life into it.”

Both Mr Bain and Ms Delaney-John agree there are many misconceptions about taxidermy — and those who do it. 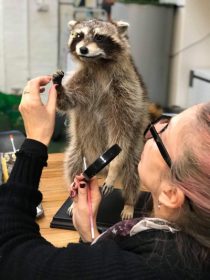 One of the taxidermists working at Melbourne-based studio Rest in Pieces. (Supplied: Natalie Delaney-John).

For one thing, it’s no longer a male-dominated field.

“In the last decade there has been a significant shift with more females undertaking the art,” Ms Delaney-John said.

“There are those who do traditional work such as large shoulder mounts and foxes, but there is also a lot of diversity now with many working in natural history museums, creating pieces for art galleries … or also running workshops and teaching.”

Mr Bain, who is currently working on preserving two flamingos from Adelaide Zoo, said his greatest “peeve” was when people referred to his work as “stuffed animals”.

“In the early days of taxidermy, taxidermists also worked as upholsterers — so they would stuff things with hay,” Mr Bain said.

“Nowadays it’s more like sculpture with a coating of skin.”

Like Mr Bain, Ms Delaney-John disputes the way taxidermists are portrayed in popular culture, where they are often depicted as fringe dwellers or criminals.

“All the taxidermists I know are incredibly passionate people that obsess about animals and attempt to capture them in a perfect pose or in a moment in time,” Ms Delaney-John said.

“I’m not saying we aren’t unhinged.

“It does take a certain amount of obsessive behaviour to throw yourself into a piece that can take endless hours and days to complete.” 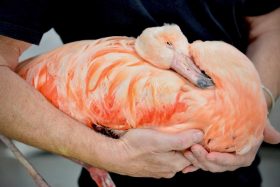 ‘Fresher than the meat for dinner’

Another false assumption about his work, Mr Bain said, concerns how it gets done.

“People assume that anything you find by the side of the road is suitable for taxidermy,” Mr Bain said.

“But actually, you’ve got a really small window to do these things.

“It can only be dead for a maximum of four or five hours, in summer even less.” 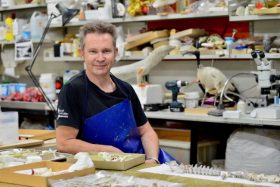 Taxidermist Jo Bain is a passionate believer in the value of his work.(ABC News: Tony Hill).

After that time, the animal begins to decay — and becomes harder to preserve.

“When I’m doing taxidermy it’s actually fresher than the meat you eat for dinner,” he said.

Indeed, it takes about a week for meat to reach supermarket shelves from the time an animal is slaughtered.

Neither taxidermist kills the specimens they work on, relying instead on donations from zoos or wildlife parks, and they both view their work as educational.

“The purpose of a zoo is to educate people about how important these animals are,” Mr Bain said.

“Just because these animals die, doesn’t mean their mission ends. I think we continue that.”