You are here: Home » Articles filed under: 'News' » Article: 'Vibrant what?'

February 29th, 2016 | Browse other: News. | Tagged with: bureaucratic language, contribution of the arts to the economy, value of culture to society | 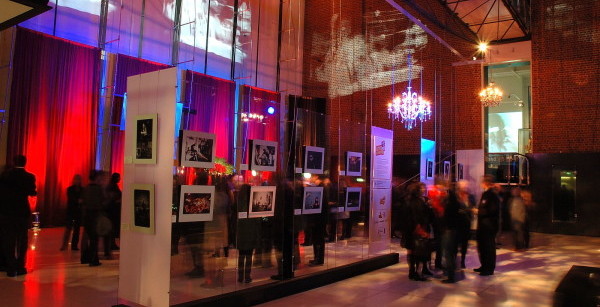 Government rhetoric isn’t helping our understanding of the value of culture to our society. Source WAM.

We have little understanding of the value of culture to our society and fuzzy government rhetoric isn’t helping, argue Tully Barnett, Julian Meyrick, Robert Phiddian and Heather Robinson.

Despite all the surveys, case studies, reports and statistics showing the contribution of the arts to the economy of South Australia, a witless few still talk about their “lack of commercial viability” and “sense of entitlement”.

Preconceptions change more slowly than reality.  The banking sector can haemorrhage public money. Manufacturing soaks up millions of taxpayer’s dollars for jobs rarely saved in the long run.  These things are “an investment”.  Support for the arts, however, is “a handout”. This view of the cultural sector – old even by the standards of old ideas – lingers as the state transmogrifies into a service-based economy in which it plays a central role.

So Rainer Jozeps’ sharp-tongued article on the cultural achievements of the Weatherill government deserves some consideration.  Not only does he make important points about the poor condition of Adelaide’s cultural assets, its tone of irritation has just cause.  This is a terrible time for the arts.

But, then, it is a terrible time for other areas too.  The state is not in robust fiscal health.  While the Federal Government baulks at tax reform and remains ideologically committed to cutting the national budget, all parts of the public sector suffer.  There is little point blaming the Premier, and Arts South Australia chief executive Peter Louca’s response detailing what the State Government is spending to keep our cultural institutions viable, is a reasonable one.

Jozeps’ comments about “vibrancy”, however, are right on target. We need to ask what good such buzz words do – and what they cost. The problem is the abstract terminology modern democracies use to conduct their business.  The arts need not feel singled out.  The “inauthenticity” which characterizes government action is systemic, the way today’s technologized societies operate.  But the disparity between what the arts are by their nature and the bureaucratic language used when governments provide them is a stark one.