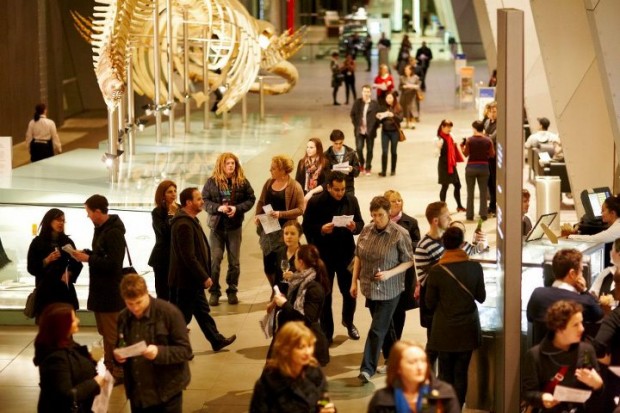 The following article was first published in artsHub 19 November 2013.

The value of the state’s art and cultural sector has been revealed in a new report commissioned by Arts Victoria.

Conducted by leading consultancy firm KPMG, the report, Economic Impact of the Victorian Arts and Cultural Sector, has revealed that in 2010-11 the Victorian arts and cultural sector collectively added direct value to the economy of $6.1 billion and employed the equivalent of 68,000 full time workers.

In addition to the direct economic contribution to the Victorian economy, the report also details the sector’s indirect contribution, including the impact of cultural tourism.

Almost 400,000 domestic and international cultural tourists (defined as those who attend three or more cultural attractions during their visit) visited Victoria in 2011, contributing almost $695 million to the State economy.

The report also details the Victorian State Government’s contribution to the arts and cultural sector, revealing that in total, the Victorian Government provided some $580 million in funding to the sector in 2010-11, of which Arts Victoria expended more than $322 million, around 56%.

Minister for the Arts Heidi Victoria said the report details the great benefits to all Victorians that is delivered through the State Government’s investment in arts and culture.

‘Investing in arts and culture is an investment in Victorian business, Victorian jobs and Victoria’s future,’ Victoria told artsHub.

‘We have long believed that the arts contribute to the social, cultural and economic life of the State; now this report gives us the evidence.

‘Whether through the provision of employment, the flow-on effects to business, by the value added to our tourism industry, our national and international reputation, or by its contribution to liveability – the arts and cultural sector has an impact on every facet of life in Victoria,’ she said.

The report includes a comprehensive definition of arts and culture, encompassing the work of individual Victorian artists and organisations across all art forms, including community arts and cultural development, as well as museums, libraries and heritage centres.

In terms of direct financial output (i.e. the goods and services produced by a specific industry or sector) the most valuable part of the arts and cultural sector was Broadcasting, electronic media and film (generating an output of $5,565 million), followed by Literature and print media ($3,020 million).

Design ($1,474 million in output) was the next largest industry, followed by other arts and culture industries, such as Performing arts ($874 million), Visual arts and crafts ($683 million), Libraries and archives ($197 million), and Museums, antiques and collectables ($341 million).

A full copy of the report can be downloaded here.