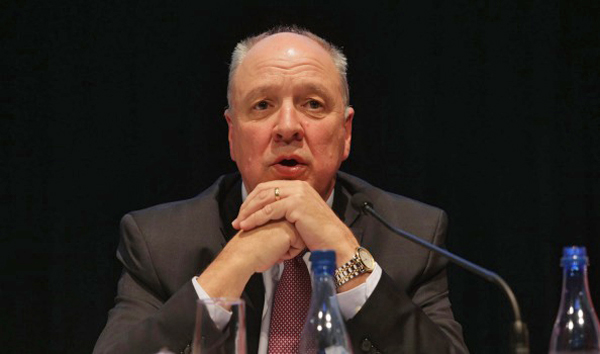 Victoria University vice-chancellor Peter Dawkins says the high school curriculum is too much of a strait jacket. Wayne Taylor.

A radical overhaul of schooling to teach life and work skills is needed to reduce the school drop out rate and save the community billions of dollars, said economist and Victoria University vice-chancellor Peter Dawkins.

Launching a new report from his university’s Mitchell Institute, Professor Dawkins said the high school curriculum was too much of a “strait jacket”.

He warned against over-emphasising maths and literacy at the expense of helping students to engage with employers, and encouraging them to solve problems and try challenging projects.

They need to see a purpose in education, said Professor Dawkins, whose university serves many of Melbourne’s lower socio economic areas.

The report, Counting the costs of lost opportunity in Australian education, found that the cost to taxpayers of each yearly cohort of young people who by age 24 are not working and don’t have an education qualification behind them, is nearly $19 billion over their lifetimes in lost taxes, welfare support, healthcare and the impact of crime.

When the wider social impact is counted, which includes the price paid by the whole community (including government), the cost of each annual cohort of disengaged young people rises to $50 billion over their lifetimes.

Professor Dawkins said the report showed that “unless we do something pretty substantial [about schooling] the costs of disengaged youth are big”.

He said that schools needed to think beyond teaching the traditional curriculum based on achieving literacy and numeracy standards.

“There’s nothing wrong with literacy and numeracy, but an excessive focus on that rather than the broad life skills which students need can be counterproductive,” he said.

He said that teaching life and social skills at school was important because, even if students failed to complete year 12, they were better prepared to re-enter education later.

The Mitchell Institute report estimated that about 26,000, or 13 per cent of 24 year olds, would spend over half their adult lives struggling to find work and unable to complete educational qualifications.

It said that not finishing year 12 at school made it far more likely that a young person would never fully engage in work.

Professor Dawkins said it was critical that young people finish school or obtain at least a vocational qualification.

“There used to be unskilled jobs which some of these kids could find their way into with a bit of luck, whereas now those opportunities aren’t there,” he said.

The report said that its estimate of billion dollar costs, stemming from lack of engagement in education and work, was conservative. “The actual losses to the nation from early leaving and disengagement are likely to be much larger than outlined here,” it said.