You are here: Home » Articles filed under: 'News' » Article: 'Views on copyright' 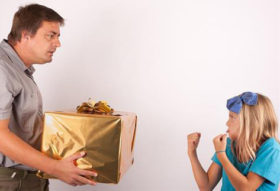 For the arts, there was very limited holiday cheer.

For the arts, there was very limited holiday cheer.In the run-up to Christmas, the Government released the Productivity Commission’s final report. The industry has come back from holidays fighting against a range of changes likely to go through in 2017.

The Commission has stepped back from the proposal to reduce copyright to between 15 and 25 years after publication, rather than 70 years after the death of the author. But there was never any chance of that ambit claim getting up and the Government quashed the suggestion within weeks of the draft report in April last year.

Elsewhere, the issues that have worried the arts, book and film industries remain very much in play.

The final report continues to argue for three major issues that are highly controversial in the creative industries:

Fair use: the copyright issue

The Productivity Commission continues with its campaign to remove the ‘fair dealing’ provisions of the Copyright Act in favour of a US-style fair use copyright regime.

Fair dealing assumes you cannot use someone’s copyright material without permission and details a number of specific exceptions, such as education, parody and reporting.

Fair use establishes broad principles for when material can be used taking into account issues such as the commercial value of the use and how much of the work is used. The Productivity Commission argues that in the digital era of widespread and accessible reproduction, the fair dealing provisions are too limited.

The National Association for the Visual Arts (NAVA) this week expressed its frustration at the persistence of the Productivity Commission to recommend ‘fair use’ despite evidence of ‘disastrous consequences for creators and consumers of Australian content’.

Artist and NAVA board member, Sally Smart said, ‘This proposal represents a serious blow to artist’s rights, undermining and devaluing artists’ intellectual property. For individual artists, having to defend the rights in their work through the courts is impossible and abusive.’

Tamara Winikoff, Executive Director of NAVA said, ‘Shame on the Productivity Commission to be complicit in the potential destruction of the livelihood of Australian cultural producers. They have bowed to the muscle of major tech giant who will plunder our cultural product, taking the profits out of our country and leaving Australia bereft of its own stories, artworks, songs and other forms of expression of who we are, uniquely.

‘Fair use is an open invitation for the rapacious tech giants to ride roughshod over artists’ rights and just rip off whatever they please for free.’