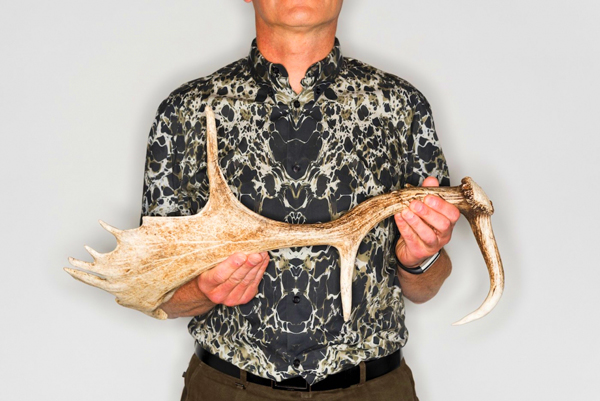 Allison Meier, Visitors Were Invited to Curate a Museum of Modern Nature and Here’s What Sprouted, Hyperallergic, 28 September 2017

The Wellcome Collection’s Museum of Modern Nature is a crowdsourced reflection on our personal relationships to the natural world in the 21st century.

LONDON — This spring, the Wellcome Collection in London invited the public to bring an object — any object — that represented their connection to nature. While there were a number of found specimens, such as a mayonnaise jar full of cotton, pecans, and pine cones from Alabama and a bottle of volcanic sand from Iceland, the majority were not what one might consider “natural.” One person brought a chunk of astroturf and another a synthetic yellow toy chick, both responding to how manufactured versions of nature are ubiquitous. Artist Ania Tomaszewska-Nelson recorded “sea waves” using the sounds of plastic Lego, considering ocean power against the power of plastic pollution. And a woman named Khoirun Nessa offered a fan she made for her granddaughter, reflecting on how she lived with the heat in Bangladesh before the arrival of electric fans. “Individuals would carry a fan like this with them to keep themselves cool, but you don’t need them anymore,” she states in an accompanying text. “At this time of year [April], it should be raining in Bangladesh but it’s not, which is a problem.”

The resulting exhibition from this crowdsourcing experiment, A Museum of Modern Nature, examines humanity’s association to nature at a time of urban development, climate change, and a precarious state of biodiversity. The 56 objects on view, from spoons carved from a fallen silver birch to a bundle of walking sticks crafted from Jersey kale, were selected by a small, but eclectic, team. They include a London park manager (Nick Biddle), a shaman (Rebekah Shaman), a dairy farmer (Robert Craig), the first British woman to climb Mount Everest (Rebecca Stephens), the director of science and collections at the Royal Horticultural Society (Alistair Griffiths), and a maker and materials expert (Zoe Laughlin).

A Museum of Modern Nature follows Making Nature: How We See Animals at the Wellcome Collection (and is built from salvaging its installation structure), an exhibition which explored our ideas of nature and how they are influenced by natural history museums, zoos, and wildlife documentaries.

“In contrast, A Museum of Modern Nature moves away from the narratives found in these formal institutions and presents the stories about our everyday relationships with nature as told by our visitors,” exhibition curator Honor Beddard told Hyperallergic. “The exhibition includes many very relatable objects — a thermos flask, or a pair of trainers, or a mousetrap, for example — and, in doing so, it encourages us to stop and think about how we each interact with the world around us. As we tackle many of the environmental challenges that we are now facing, these daily interactions with nature are crucial, so we really wanted to create an opportunity for the public to make an exhibition about nature that truly reflects that relationship and examines the connections between our behaviors and values and the health of our planet.”

If you want to participate, the Wellcome’s online Sharing Nature project is crowdsourcing images via social media, with recent themes including “Alone” “Plastic” “Health” and “Consume.” You can explore the submitted photographs, and respond to questions like: “Is this ethical?” “Does this surprise you?” and “Do you relate to this in some way?”

The objects in the galleries are only a component of A Museum of Modern Nature, which spotlights the stories behind each blade of grass and suncatcher through text and audio. The participants are identified solely by their name and age. Pick up the speaker by a jar of colorful feathers and you hear 48-year-old Kitty Percy describe how she collects them in Greenwich Park, and has witnessed a rise in an unexpected invasive species: “I guess this year I’ve noticed there are more parakeet feathers than ever. So usually in previous years it’s just been ducks and crows and pigeon feathers, but for some reason this year more parakeet, so, you know, you see the little yellowy-green feathers.” A speaker beside a pair of well-worn sneakers plays a recollection by 29-year-old Adam, on how, during a difficult year, he found escape through hiking: “Nature is something that can take my mind off things, and also give me a purpose to keep going.”

At a tiny cat made of cat hair, you can listen to 17-year-old Merle Nunneley describe why she made it: “Some people think it’s a bit strange, which I guess it is … I guess you think of humans as one thing and nature as animals and plants; humans aren’t really part of nature. You don’t think about it, I don’t think about it that way, but I guess everything is part of nature.” Nearby, at a reusable tote bag, 34-year-old Jasmine Spavieri explains how she was inspired to reduce plastic bag use when she “saw this sea turtle in the waves, and when I looked a little bit closer I could see that the sea turtle had actually choked on a plastic bag and it had asphyxiated on it.”