You are here: Home » Articles filed under: 'News' » Article: 'Volunteer docent’s ‘little something’' 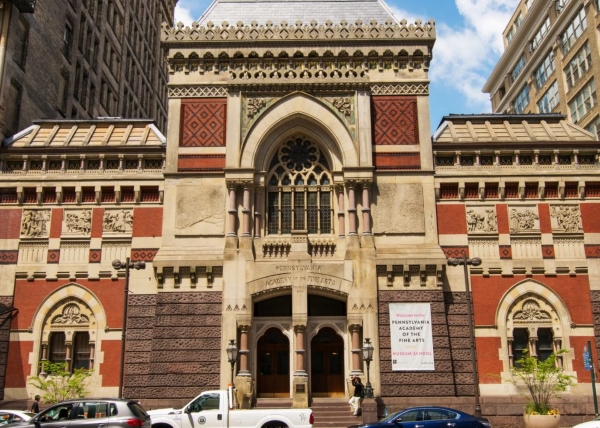 Caroline Goldstein, A Volunteer Docent Told a Philadelphia Museum She Would Leave It ‘a Little Something’ in Her Will. She Surprised Them With $8 Million, ArtNet News, 22 April 2019

Estelle Rubens told the academy she’d leave it “a little something,” but they had no idea what was coming.

Over the 15 years that Estelle Rubens served as a beloved volunteer docent at the Pennsylvania Academy of the Fine Arts, she and her husband Raymond were amassing a collection of modern and contemporary American art. The couple had donated several works to the museum over the years, so it wasn’t a big surprise when Estelle mentioned in her will that she would be “leaving a little something” to the academy.

The shock came after Rubens died on January 18, at the age of 88, and that “little something” turned to be a gift in the form of an endowed scholarship fund totaling almost $8 million—one of the largest donations in the institution’s history. Rubens lived her entire life in Philadelphia and, along with her late husband Raymond, became an active member and supporter of the museum and the school, which counts artists Njideka Akunyili Crosby, Thomas Eakins, and Mary Cassatt among its alumni.

The museum’s president David R. Brigham told the Philadelphia Inquirer, “we knew the bequest was coming, but we had no idea of the magnitude. It far exceeded our expectations.”

The result is a two-part gift from the Raymond D. and Estelle Rubens Travel Scholarship Fund, awarded to students based on merit. Participating students receive $5,000 for travel expenses to Europe following their third year of study,  as well as two semesters at the academy paid in full. The fund stipulates that at least three scholarships will be awarded each year. Eight scholarships will be announced at the academy’s upcoming commencement celebration on May 10.