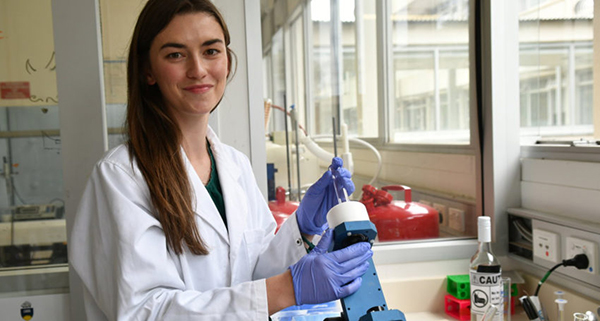 The Australian device that famously unboiled an egg is now being used to recover DNA from museum specimens preserved in formaldehyde.

Researchers from Flinders University in South Australia along with scientists in the United States have used the dynamic Vortex Fluidic Device (VFD) to speed up DNA extraction from an American lobster preserved in formaldehyde. The results provide a road map for exploring DNA from millions of valuable and even extinct species in museums worldwide.

“DNA extraction is achieved by processing the preserved tissue in an enzyme solution in the VFD,” the Adelaide-based researcher said.

“This enzyme breaks apart the proteins, releasing the DNA which can be analysed. By using the VFD we are able to accelerate this process from days to hours.”

In 2015, Flinders University scientists were awarded an Ig Nobel Award for creating the Vortex Fluidic Device and using it to unboil an egg.

The device has also been used to slice carbon nanotubes accurately to an average length of 170 nanometres using only water, a solvent and a laser, and to develop graphene processing technology.

The museum DNA extraction project work is collaboration between University of California, Irvine (UCI), The Department of Organismic and Evolutionary Biology at Harvard University and Flinders University.

“For 150 years these samples have been preserved in formaldehyde which can damage the DNA and also make DNA difficult to recover,” Phillips said.\

“We used mechanical energy in a Vortex Fluidic Device to accelerate the extraction by processing the preserved tissue in an enzyme solution in the VFD.”

Flinders University Research Chair of Clean Technology Research Professor Colin Raston is credited with inventing the VFD and said the latest work built on the body of about 80 papers that his research group had already published about the device.

“Applications of the VFD are rapidly expanding, but this has only been possibly by internal collaboration,” he said.

“We have only scratched the surface about what is possible for this device.”