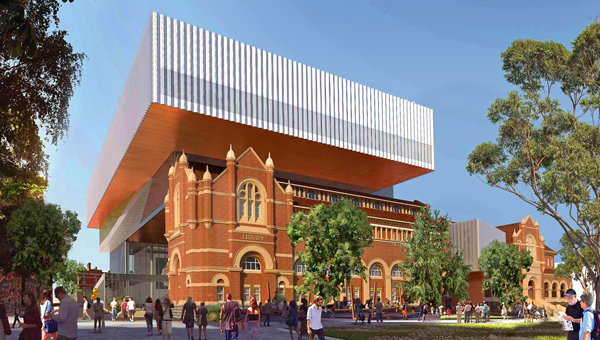 West Australians will have to pay $15 to visit the new WA Museum when it reopens in Northbridge in 2020.

Previously, entry to the museum was by donation.

Children under 15 will be admitted free, and pensioners and concession card holders will pay $10.

The State Government says the new fees will go towards the $400 million museum’s operating costs and ensuring it is “world class”.

Entry fees will be comparable to Fremantle’s Maritime Museum of WA and the Melbourne Museum, which charge $15, and the Museum of Sydney, which charges $12. But other major museums are free, including the Queensland Museum, Canberra’s National Museum of Australia and the Australian Museum in Sydney.

Entry to the Art Gallery of WA is free except for special exhibitions.

A spokeswoman for Culture and the Arts Minister David Templeman said introducing entry fees for adults “will ensure this experience is world class and is comparable to other museums of this type”.

“The income from entry fees will contribute to the museum’s operating costs and ensure the visitor experience is of an international standard,” she said.

Mr Templeman said the decision to keep the museum free for children was “despite significant budgetary pressures”.

“The new museum will be a world-class facility when it opens in October 2020 and will attract thousands of people each year, from within Western Australia, Australia and the world,” he said.

“The McGowan Government is committed to keeping entrance fees affordable for West Australians.”

The new museum was commissioned by the Barnett government and construction started in May last year.

It is being built on the site of the old museum in the Perth Cultural Centre.

A new five-level concrete, metal and glass building — including a cantilevered top-floor gallery — will be integrated with the existing redeveloped heritage buildings.

The site’s footprint will be about 23,000sqm and exhibition space will more than treble to almost 7000sqm, including 1000sqm of below-ground gallery space for touring exhibitions.