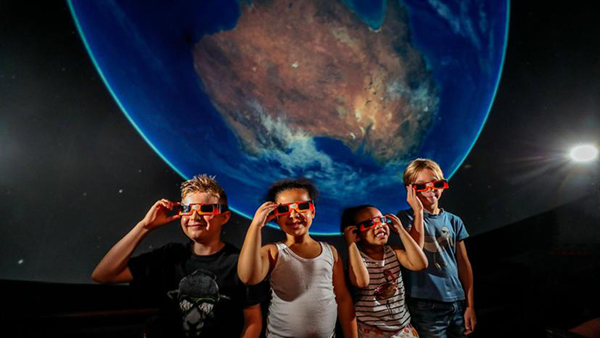 WA will be the best place in the world to experience a total solar eclipse in exactly a year’s time — and millions of dollars are being poured into preparations for a massive tourism coup.

The Exmouth Peninsula is expected to plunge into complete darkness for 62 seconds when the Sun, Moon and Earth align at 11.27am on April 20, 2023.

It will make Exmouth the best land-based location in the world to experience the natural phenomenon, while Perth is predicted to experience a 70 per cent eclipse.

Coral Bay in WA’s Mid West will experience 99 per cent darkness to make it the second-best place in the State to witness the solar eclipse, followed by Karratha (97 per cent) and Carnarvon (95 per cent).

The McGowan Government will pour more than $21 million into event planning and other infrastructure across WA to maximise on the expected flood of interstate and international visitors heading to the State for the experience. 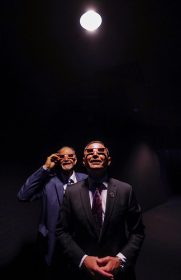 “This will be the only land-based place in the world where people will be able to view 100 per cent of the Total Solar Eclipse on land.

“This will be great for tourism operators and local businesses, with thousands of international and domestic visitors travelling to the Coral Coast region.

“An event of this size presents logistical challenges, particularly for telecommunications, roads and infrastructure, and this extra funding will help ensure the event runs as smoothly as possible.

“Beyond tourism, astronomical events such as this have the potential to inspire the next generation to learn more about our universe, and take up science, technology engineering and maths studies and careers.”

The majority of the $21m will be used for road works, traffic management and telecommunications infrastructure in WA’s North West. Children seen wearing solar eclipse glasses at the Scitech Planetarium. Credit: Nic Ellis.

The majority of the State Government’s $21m for tourism preparations ahead of the total solar eclipse will be used for road works, traffic management and telecommunications infrastructure in WA’s North West.

A total solar eclipse happens when the sun is covered by the silhouette of the moon. The process of the moon moving across the sun takes several hours but the actual complete darkness lasts just 62 seconds.

The Earth experiences one roughly every 18 months.

However, it only happens once every 400 years in a single location.