December 1st, 2016 | Browse other: News. | Tagged with: Beneath the Waves, Western Australian Museum | 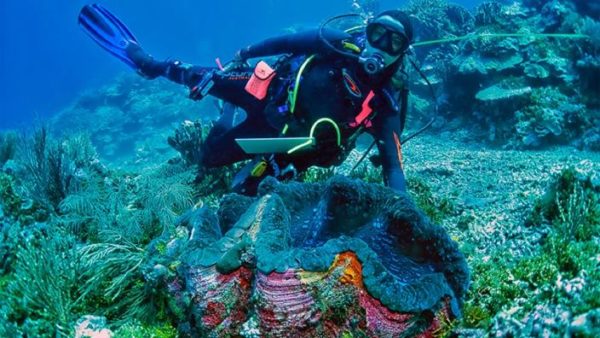 Beneath the Waves was announced as the ‘Best Educational/Training Video or Website (Primary/Secondary)’ at an awards ceremony in Melbourne.

Western Australian Museum CEO Alec Coles said the Beneath the Waves is the culmination of six years of marine biodiversity survey work in the Kimberley and more than a year of digital production design.

“Many congratulations to everyone involved in this compelling documentary – from the staff at the WA Museum, to Woodside which has sponsored much of our fieldwork, to Lotterywest and Screenwest for their funding support, and of course to Periscope Pictures,” Mr Coles said.

“Beneath the Waves allows people from around the world to discover one of the most spectacular and mysterious marine environments on earth.”

The interactive documentary uses content sourced through fieldwork led by the WA Museum, which covered more than 475,000 square kilometres of ocean.

“Periscope Pictures has captured the reality of scientists at work in the field and the magnificence of the Kimberley marine world in an educative, engaging and world class documentary,” Mr Coles said.

Beneath the Waves was funded through Screenwest via Lotterywest, and is the result of a long-standing partnership between the WA Museum and Woodside Energy which is now in its 18th year.

Beneath the Waves can be viewed on the Museum’s website at http://museum.wa.gov.au/btw/. Partner agencies in the Kimberley Woodside Collection Project include the Australian Museum, Queensland Museum, Museum Victoria, Museum and Art Gallery of the Northern Territory and Western Australian Herbarium.

The ATOM Awards have been celebrating the best of Australian and New Zealand screen content from industry professionals and the education sector since 1982. Australian Teachers of Media (ATOM) is an independent, not-for-profit, professional association that has been promoting the study of media and screen literacy for nearly 50 years. Naming sponsor SAE provides creative media courses to more than 2,500 students across six campuses around Australia.