You are here: Home » Articles filed under: 'News' » Article: 'WA Scientists heading up and out'

WA Scientists heading up and out 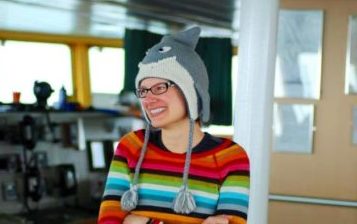 Western Australian Museum scientist Dr Nerida Wilson has been selected to join an international team of 55 researchers from 30 countries to take part in a three-month expedition to circumnavigate the Antarctic, studying climate change and pollution in the Southern Ocean.

The expedition, which will depart in December, is being organised by the newly formed Swiss Polar Institute, established to study the Earth’s poles and the critical impact of change on those extreme environments, to identify the global challenges that lay ahead.

“There will be 22 research projects occurring in tandem, ranging from glaciology to climatology, biology and oceanography,” Dr Wilson said.

“The research project I am leading will test the diversity of marine life on sub-Antarctic islands to better understand how that has evolved. Regular climatic changes over the last 40 million years appear to have wiped out entire colonies of animals, and it is likely that the animals living there today have returned only relatively recently.

“Our research will compare the genetic signatures and biological interactions between species in the sub-Antarctic and from Antarctica to better understand the biological history of the region.”

WA Museum CEO Alec Coles said the multi-disciplinary research project was an extraordinary undertaking and would contribute to gaining a greater understanding of Antarctica’s ecosystems and the impact their changing nature could have on the Earth’s future.

“Many of our Museum scientists are recognised internationally for the importance of their research which contributes not only to important discoveries being made here in Western Australia, but globally as well.  This international work, of course, not only develops the skills, knowledge and reputation of our scientists, but also contributes to our understanding of biological and evolutionary processes in our own backyard,” Mr Coles said.

Dr Wilson was part of the team from the WA Museum and Scripps Institution of Oceanography that recently discovered the Ruby Seadragon off the WA Coast – only the third species of seadragon ever to be described.

The Antarctic marine life diversity project is being led by Dr Wilson, and includes researchers from La Trobe University in Victoria, and from Italy, the United States and Chile. The team also includes several PhD students.

Amber Beavis, How being a Top 5 Under 40 scientist in residence changed my career, ABC Radio National, The Science Show, 20 April 2016 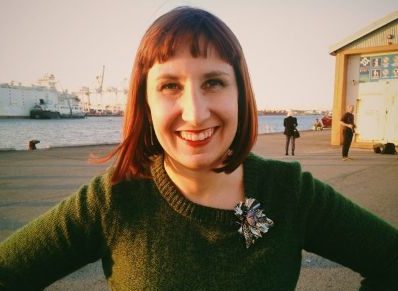 One of last year’s Top 5 Under 40 winners, former spider researcher Amber Beavis, explains how the competition kick-started her transformation from a museum scientist into a science communicator.

I love spiders, and I also love radio. My research on spiders led me around the world, and whenever a job took me to a new country, finding my local radio station was a big part of settling in. It didn’t matter whether I was sequencing DNA in a lab or hunting spiders on remote beaches, whether I was in Berkeley, California or Samoa, listening to local radio was what really connected me with my new home.

Radio didn’t just provide the soundtrack for my life as a scientist; it was also a significant part of my work. I’d been talking spider science on radio for years, spreading the word that spiders are actually cute and fluffy (and they really are!). In 2014 I took these efforts up a notch by co-producing a show called In Layman’s on Perth community radio. Every week I (the museum scientist) and a truckie (the layman) would discuss scientific topics ranging from toxoplasmosis to epidemiology. It was then that I saw the call for applications for the RN–UNSW Top 5 Under 40 competition, which sought to find and develop a new generation of science communicators.

For me, Top 5 Under 40 came at a career crossroads. I’d been a research scientist at the Western Australian Museum for over two years, and my typical day involved identifying and describing spiders and other arachnids. But in addition to that, I’d been doing more and more science communication for the museum. And as much I love research, I realised that I enjoyed communicating the excitement of science (and, OK, spiders too!) even more. So I was beyond thrilled to be selected to participate in such a unique program, where I learned the business and art of turning data into science stories.