You are here: Home » Articles filed under: 'News' » Article: 'WAM, AGWA & SLWA merger off the table' 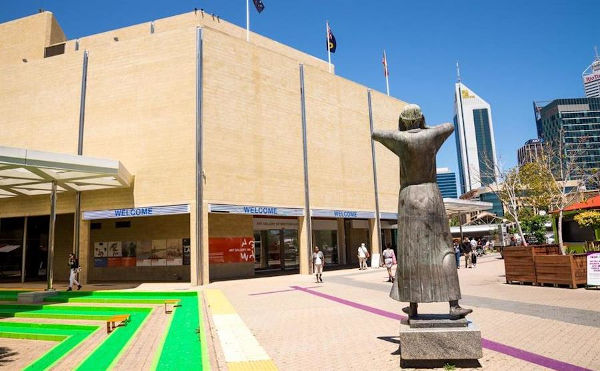 WA cultural leaders have welcomed the shelving of a plan to merge the state’s three major cultural institutions.

The West Australian government has stepped back from a controversial ­proposal to amalgamate the state library, art gallery and museum after strong objections from the cultural sector.

The Australian Library and Information Association (ALIA) has welcomed the decision. ‘We are very happy that the government has taken in the views that we expressed,’ ALIA CEO Sue McKerracher told ArtsHub.

‘There was an element of cost savings and efficiency in the proposal, but some things can’t be joined.’

Local Government, Sport and Cultural Industries Director General Duncan Ord announced this week that the government wouldn’t proceed with legislative reform of the three cultural institutions during this term of government. He said there was no discussion on any future or alternative action.

McKerracher warned that the ALIA remained concerned about operational funding levels for libraries, especially in WA, which has seen arts funding decline over the past 17 years to a low of 0.65%. She said that valuable programs in WA still remained under threat.

‘There’s been a lot of investment in buildings happening in capitals and regional cities, but support for staff, services and collections is a challenge Australia-wide,’ she said.

Chamber of Arts and Culture chief executive Shelagh Magadza said that industry members were relieved by the news.

‘Whilst we understand the current acts need to be updated, the case for the proposed merger of some aspects of these institutions was a concern,’ she said.

In May this year plans to amalgamate the three major cultural institutrationions were leaked to the Australian, prompting deep concern in the sector.

The government proposed to merge the Art Gallery Act 1959, Library Board of Western Australia Act 1951 and Museum Act 1969 into a single act, as part of reforms aimed at administrative efficiencies.

State parliament was told the proposed merger was ‘to ensure the best outcomes for the investment of taxpayer dollars and that these cultural institutions have modern legislation that is fit for purpose’.