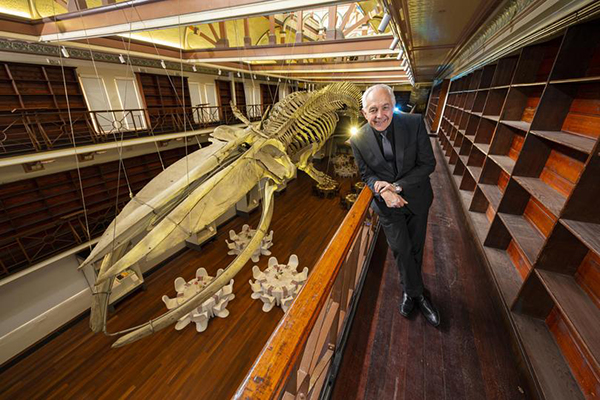 Culture and the Arts Minister David Templeman congratulated Mr Coles on his outstanding achievement in leading the development of the new $400 million Government-funded WA Museum Boola Bardip in the Perth Cultural Centre.

Mr Coles has been at the helm of the WA Museum for 11 years, leading it through some exceptional times, including the opening of the stunning new WA Museum Boola Bardip.

Since it opened in November last year, more than 460,000 people have visited the new location. The museum is unique in its focus on what it means to be Western Australian, sharing the stories of our people, places and experiences, and examining WA’s relationship with the rest of the world.

Boola Bardip means ‘many stories’ in Noongar language. It acknowledges that the museum sits on Whadjuk Noongar land and celebrates the shared cultural heritage of the 2.65 million people who call Western Australia home.

Comments attributed to Culture and the Arts Minister David Templeman:

“I sincerely congratulate Alec Coles on his outstanding achievement in delivering such an exciting, engaging, inspiring museum for the people of Western Australia.

“Nationally and internationally the WA Museum Boola Bardip will play a very significant role in positioning Perth as a centre for cultural excellence and Western Australia as a destination for cultural tourism.

“The enormous benefits of Alec’s contribution to culture, science, and the arts will be enjoyed by generations to come.”