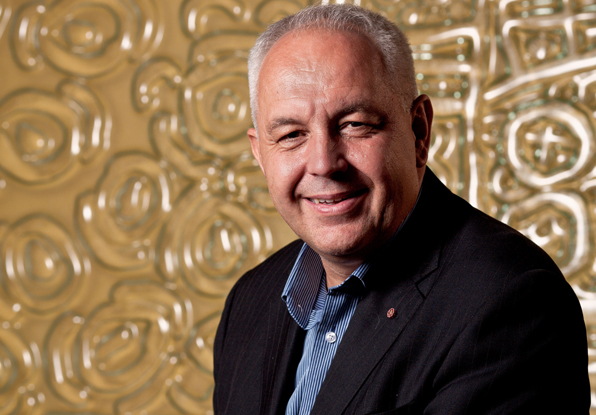 WAM CEO a finalist in Western Australian of the Year Awards

WA Museum CEO, Alec Coles OBE has been announced as a finalist for the Western Australian of the Year 2017 Arts & Culture Award.

As CEO of the Western Australian Museum since 2010, Alec is committed to delivering a vibrant, excellent museum service that is owned, valued and used by all Western Australians and admired by the world. He is responsible for overseeing the ground-breaking scientific and cultural research of the Museum, as well as its extensive public program, exhibition and events calendar across seven dedicated sites.

As part of his commitment to providing true public value, Alec is also dedicated to sharing the Museum’s expertise and collections well beyond its walls by providing objects, exhibitions and assistance to organisations across WA. This was evidenced by his committing the Museum to lead the design and development of the hugely successful, award-winning National Anzac Centre in Albany.

Alec is also the creative champion behind the largest cultural redevelopment project in the Southern Hemisphere – the $428.3 million New Museum for Western Australia project in the heart of the Perth Cultural Centre, for which he remains a tireless advocate.  His ambition is to create a museum that sits at the heart of our State and expresses the spirit of its people.