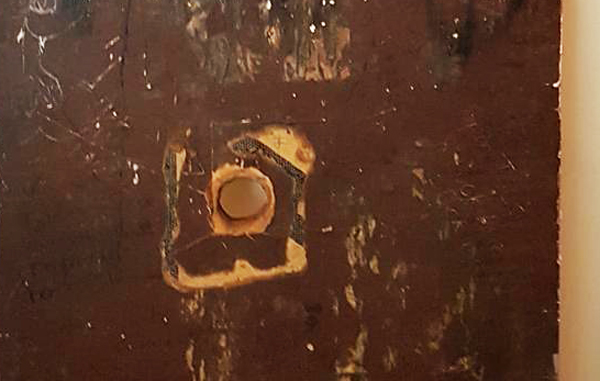 The boss of the WA Museum says its recent acquisition of a Gosnells “glory hole” was not meant to be controversial and was reflective of the institution’s duty to represent the whole community.

The donated piece is a train station toilet door with a hole cut into it that was used by gay men in the Perth beat scene for covert sex at a time when homosexuality in WA was illegal.

WAM chief executive Alec Coles said it was an appropriate piece to acquire because public museums needed to represent every aspect of society.

“Clearly the LGBTQI community is a very important part of Perth’s society,” he said.

“We often talk about museums as safe places for unsafe ideas.

“The places you can explore topics that are maybe controversial, sometimes contentious, sometimes even confrontational, but the kind of places they can be explored in a responsible and measured way and hopefully without rancour.”

Mr Coles said the door had been accepted into the Museum’s collection but it would be up to curators to decide how and when it would be exhibited.

The door was donated by Perth man Neil Buckley who saved it from destruction when the building it was in was set for redevelopment in 1998.

“It’s really an important part of social history and this is how we used to have sex at a time when it (homosexuality) was illegal,” he said.

“Because it was illegal we had to go to a beat that was off the main drag and that was the only place many men could meet other gay men because it was still illegal in clubs.”

Private sexual acts between same-sex individuals was decriminalised in WA in 1990 and it was not until this year laws were passed which allowed people to apply to expunge historic homosexual convictions.

Shadow Culture and the Arts Minister Tony Krsticevic said the door represented the illegal act of public sex which was a scourge for Western Australians trying to use public facilities.

“While it is appropriate for the WA Museum to chronicle the rich and proud LGBTI community as a significant element in the State’s history, such an object is too tacky for display at what will be such a great new venue,” Mr Krsticevic said.

“I’m not sure it is a suitable exhibit to be seen by school-children who will flock to the new WA Museum when it is completed.”

Mr Buckley said he did not think there should be a content warning for museum patrons if the door was exhibited.

“It would depend on how it is presented, I would like to think we would always be sensitive,” he said.

Culture and Arts Minister David Templeman said it was the role of WAM to document the stories of the WA’s diverse communities and preserve them for future generations.