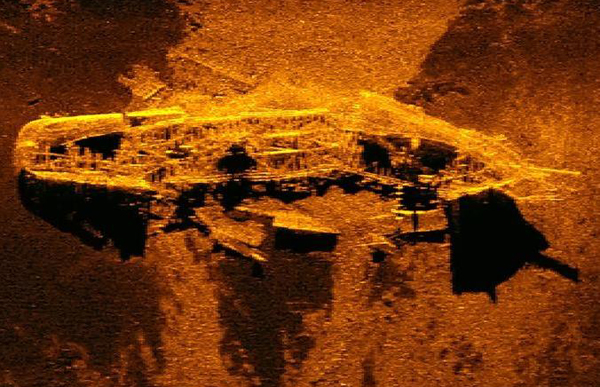 One of the shipwrecks discovered during the search for MH370.

Two shipwrecks discovered off the West Australian coast during the search for missing Malaysia Airlines flight MH370 have been identified as 19th century merchant sailing vessels that were carrying cargoes of coal.

The Western Australian Museum analysed sonar and video data taken by the searchers, and say the ships were on the Roaring 40s trade route.

One of the ships appears to have sunk as a result of a catastrophic event such as an explosion, which was common in the transport of coal cargoes, maritime archaeology curator Ross Anderson said.

The second wreck was more intact, lying upright on the seabed.

“Historical research into all 19th century merchant ships that disappeared in international waters is incomplete so we cannot conclusively determine identity of the individual ships,” Dr Anderson said.

“However, we can narrow the possibilities to some prime candidates based on available information from predominantly British shipping sources.”

Both ships likely carried crews of between 15 and 30 men.

Sometimes captains brought their wives and children, and both vessels may have carried additional passengers, the museum said.