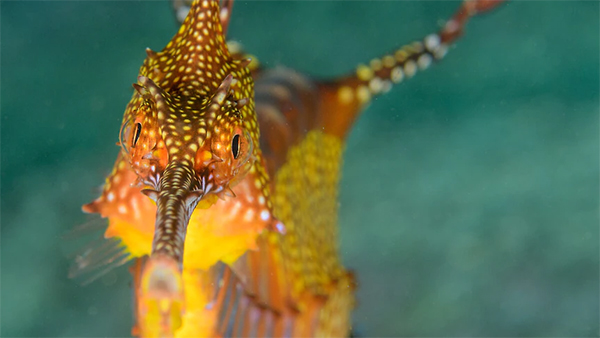 The facial markings of a seadragon are unique to the individual, making it possible to identify particular animals through facial recognition technology. (Supplied: Andrew Trevor-Jones).

They may have evolved to blend in, but the ornate faces of Australian sea dragons are so unique that scientists are using facial recognition technology to track the lives of individuals.

Known for their leaf-like appendages, the seahorse-like creatures found along the Australian coastline can be identified by the markings on their faces and along their chiselled snouts.

Now the facial fingerprint is being used to collect data about the number of sea dragons, based on thousands of crowd-sourced images submitted by Australians.

Perth scientist Nerida Wilson, who started the SeadragonSearch program, said the data could be the key to the conservation of the seadragons.

“We’re getting to know these animals as individuals and that’s a lovely thing,” Dr Wilson said.

“It’s cute, but it’s also the information that we need for conservation.

Dr Wilson said accurate population data was needed to identify when sea dragons were threatened or endangered, and to push for conservation measures in response.

The SeadragonSearch project invites members of the public to submit photos to a database.

Scientists then use artificial intelligence to identify matches between the facial markings and count individual animals. 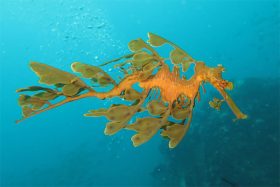 Leafy sea dragons make up for a fraction of the overall sightings of sea dragons recorded by Dr Wilson’s project, with the weedy sub-species making up the majority of reports. Supplied: SeadragonSearch.com.

Although the leafy sea dragon is found in fewer locations than its weedy relative, Dr Wilson said it was possible there were fewer divers taking photographs in their geographical range.

She hoped even more people from across Australia would start submitting photos as they learnt about the project, which will help contribute to sea dragon conservation as climate change and other threats loomed. 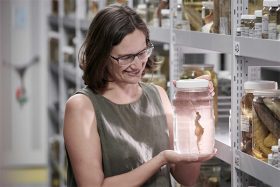 Dr Wilson also helped to discover the ruby sea dragon, a species that had not been identified until 2015. (Supplied: WA Museum, Rebecca Mansell).

Some contributors, she said, had developed connections with the dragons — such as an individual known as “Dot” — who would swim out to greet one man who went diving off the coast of Tasmania.

“The part that I have really enjoyed the most is connecting with other people who are just as passionate about sea dragons,” Dr Wilson said. 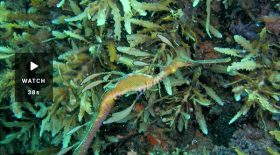 “And it doesn’t matter what people do, or if they are not scientists, if they can take a photograph, we can use it for data.

“It’s just so great that people are actually contributing real data to help conserve the animals that they care about.