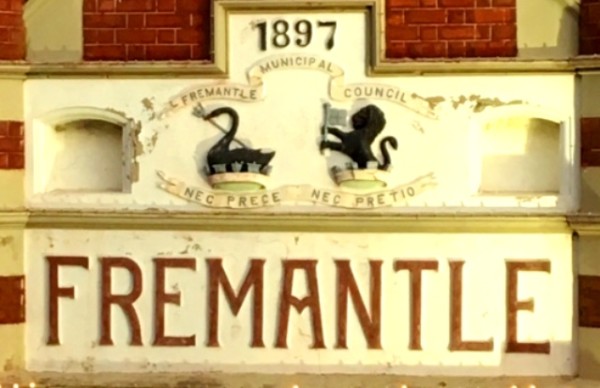 The museum, overlooking the Swan River mouth, is an outstanding example of a maritime museum. It is perched on the edge of the old heart of Fremantle harbour, still surrounded with operational wharves and port authority buildings, as well sheds and equipment displaying the heritage of the working harbour.

My first visit to Fremantle was a pleasant surprise. The wonderful mix of working port and well preserved heritage is a rare combination in these days of the gradual loss of the working harbour – and often its heritage.

War at Sea opened on 12 March and runs to 29 May when it will travel to Albany, also in Western Australia.

Positions Vacant » View All
» Contemp Progs Producer, Lifelong Learning – NMA
» Assistant Curator Territory History – MAGNT
Latest News » View All
Powerhouse’s 5 new exhibitions
Eucalyptusdom to Electric Keys Read more.
10 new art museums
Opening globally in 2022 Read more.
“Activating Smithsonian Open Access”
- new models for interacting with collns Read more.
Outback Museum of Australia, Charleville
$8.34M through in Building Better Regions Read more.
British museums face long Covid’s effects
visitation halves from pre-pandemic levels Read more.
Top +
Council of Australasian Museum Directors, c/o Ms Daryl Karp, Museum of Australian Democracy at Old Parliament House PO Box 3934 Manuka, Australian Capital Territory 2603 Australia, © CAMD 2021
Copyright: All information and resources provided on this website remain the copyright of the Council of Australasian Museum Directors. Permission is granted for viewing and downloading for personal and not for profit purposes. Those wishing to reproduce any materials for commercial, educational or other uses are requested to contact us.
Disclaimer: The content of this website is provided for information purposes only and is not intended as a substitute for professional advice. No claim is made as to the accuracy or authenticity of the content of the website. The Council of Australasian Museum Directors does not accept any liability to any person for the information or advice (or the use of such information or advice) which is provided on this website. The information on our website is provided on the basis that all persons accessing the site undertake responsibility for assessing the relevance and accuracy of its content. No responsibility is taken for any information or services which may appear on any linked web sites. Hostgator.
.