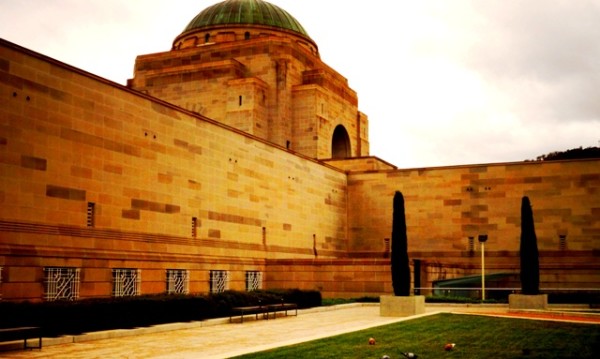 Presentations of biographies of individual servicemen and servicewomen on roll of honour strike a chord.

The Last Post ceremony at the Australian War Memorial is rapidly becoming a must-do for visitors to Canberra.

The key to its popularity is the decision to personalise the roll of honour, the seemingly endless list of Australia’s war dead.

The simple but sombre event regularly draws hundreds of people to the memorial at dusk, to hear the mournful note of the bugle, the swirl of bagpipes – and occasionally sobs as the story of a dead Australian is told. The walls alongside the Pool of Reflection – where the Eternal Flame flickers – are etched with the names of more than 102,000 servicemen and servicewomen who died for their country in war and other operations.