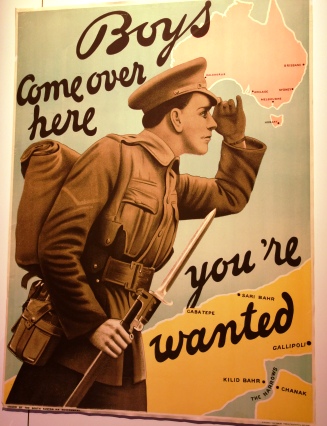 The Australian War Memorial has big plans for more space to house its collection of big items such as aircraft and tanks.

It also wants more space for exhibitions telling the story of those involved in more recent campaigns.

Memorial director Brendan Nelson admitted they were ambitious plans at a time when the federal government was consolidating the nation’s finances.

“If we were able to do it and if it were to be funded, then it will set the memorial up for this century,” he told the National Press Club on the 100th anniversary of the Gallipoli Battle of Lone Pine.

Dr Nelson said about 70,000 defence personnel and others had served in East Timor, the Solomon Islands, Iraq and Afghanistan over the past 16 years.

In a break with tradition in 2013, the memorial launched an exhibition on Afghanistan while the campaign was still under way.